I had so much fun making this post and editing the pictures for today! A few weeks ago, I spent a while practicing self portrait photography because I found a spot of beautiful lighting in our house and wanted to use it somehow. 😛 I went a little overboard with the editing, ending up with some pretty and unique double exposures and black and white photos.

I hope you enjoy these experiments, and maybe get some inspiration for creative ways to edit portraits (your own or of others)!

Before we start, here’s a completely unedited picture of me, so you know what I actually look like (or looked like when I took the pictures) before I get into all the crazy edits. 😉

Okay, starting off with a fairly normal photo. I especially wanted to practice capturing “catchlights” in eyes with this photoshoot. Catchlights are the shiny highlights that appear when the subject looks into the light or into a light place, like the sky. For most of these photos, I faced toward the white-curtained window, which created really pretty diffused lighting. You can tell I was looking at a window by the shape of the highlights in my eyes. 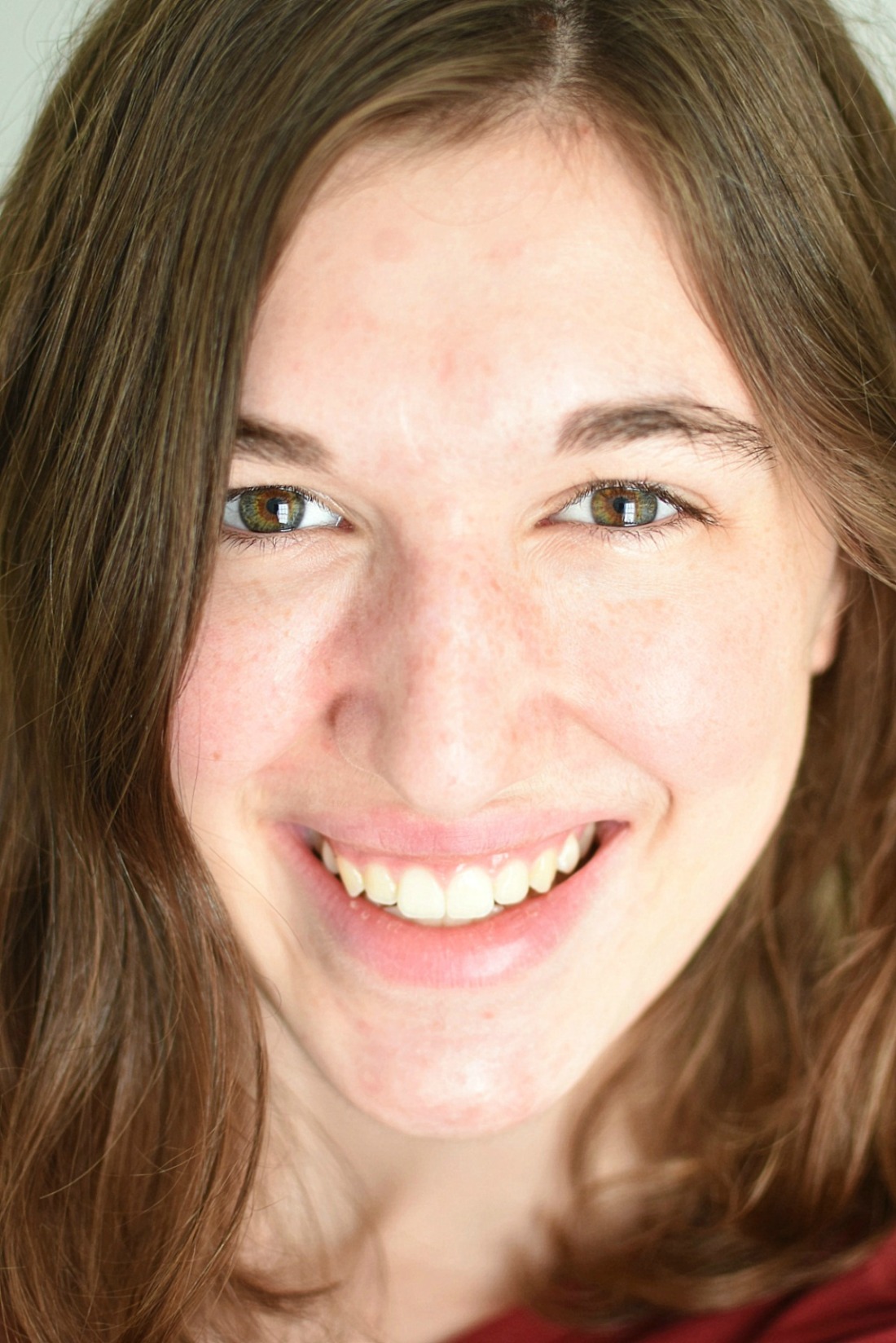 I played around with black and white a lot at first. There’s just something about B&W portraits, am I right? I think it’s the contrast between the skin and the hair and eyes.

A tip for editing portraits is to sharpen the eyes – even if you don’t enhance the color or anything else, that really makes them pop! I also used the “Eye Brighten” tool here.

(Side note: isn’t it interesting that people’s eyes aren’t exactly symmetrical?? Mine certainly aren’t; I bet yours aren’t either. So when you’re drawing two eyes and they don’t turn out exactly the same, don’t worry too much about it. 😉 )

For some reason I think half-portraits look really neat. I drew this in my sketchbook as well, which I’ll show you in an upcoming art post. 🙂

The black and white with a pop of red reminds me of a vintage poster or something. Does it to you?

This one’s kinda strange, but I liked the way the windowpane shadows reflected on our bathroom counter. 😛

Alright, now for the double exposure photos – YAY! Double exposure is when you take one photo (usually a  dark portrait with a white background) and overlay another picture (often a textured picture like trees or clouds) on top of it. The texture “sticks” mostly to the dark parts, like the hair, and doesn’t show through the light parts as much, like the face.

Ah, I love how this one turned out! Especially the tiny moon in my hair. 🙂 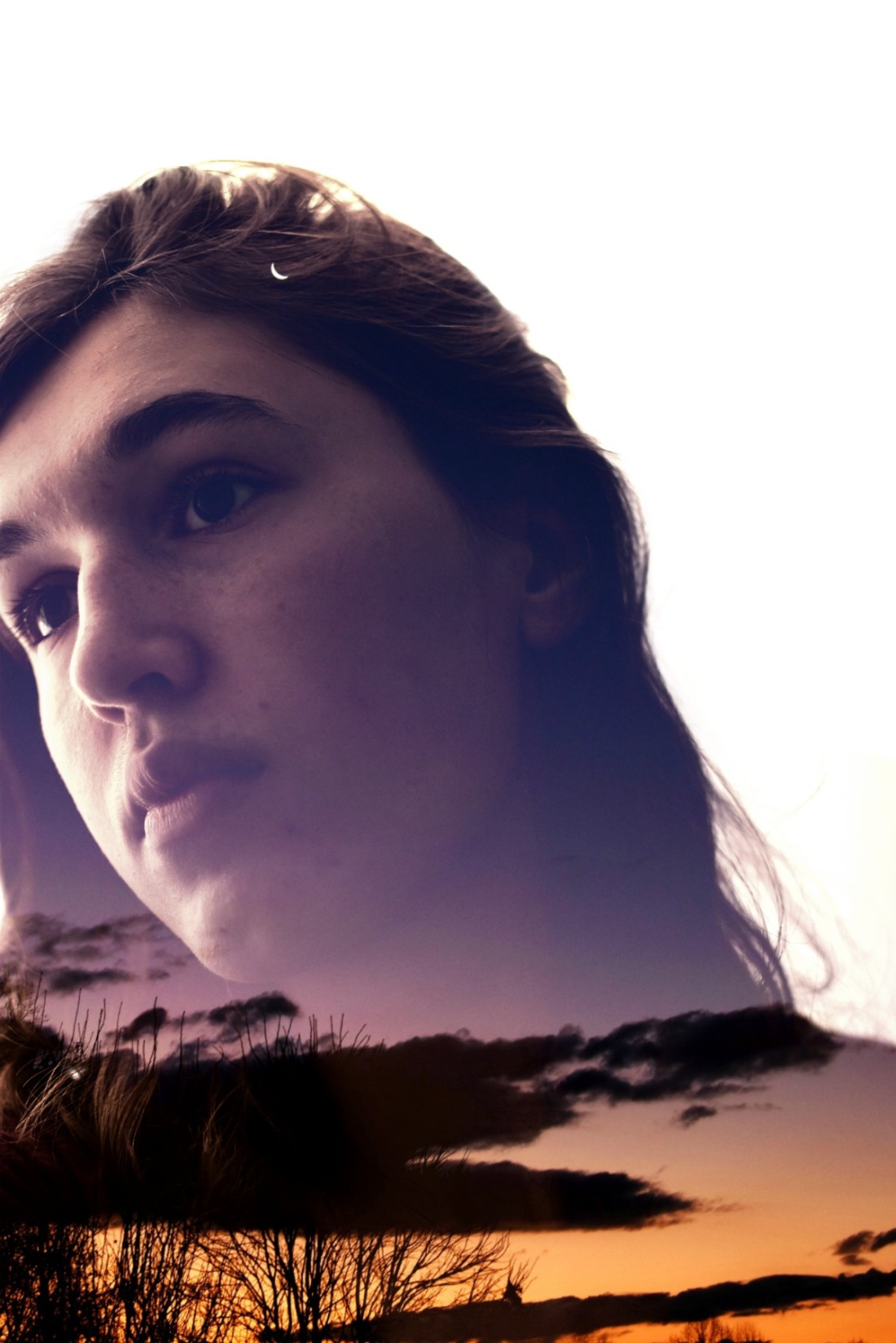 I like the way this one turned out too, despite the fact that I NEVER do this in real life. 😛 Sometimes poses that feel awkward in real life actually look the best on camera. And… sometimes they don’t. I think most photographers are more comfortable behind the camera than in front of it, but it’s good to practice both sides once in a while. 🙂

Double exposure pictures often use portraits in profile, since the way the hair and face contrast works really well with the effect. To be honest, I rarely take pictures of myself in profile because I just don’t like the way it looks, at all. Despite that, I decided to try and I’m actually really happy with how it turned out! The tree texture did work well with the side profile.

Apparently I liked hand-in-hair poses?? XD I think the half-double-exposure effect looks really neat, and would be great for a graphic of some sort, maybe for a website or a book cover?

Purple clouds! YAY. And that’s all I have to say.

We shall end with a VERY edited picture that was a ton of fun to make, but hardly looks like me anymore. 😛 Also my expression is… strange. I need to keep practicing my non-smiling-face. XD But I love the way the purple and pink sky shows through here! So pretty. 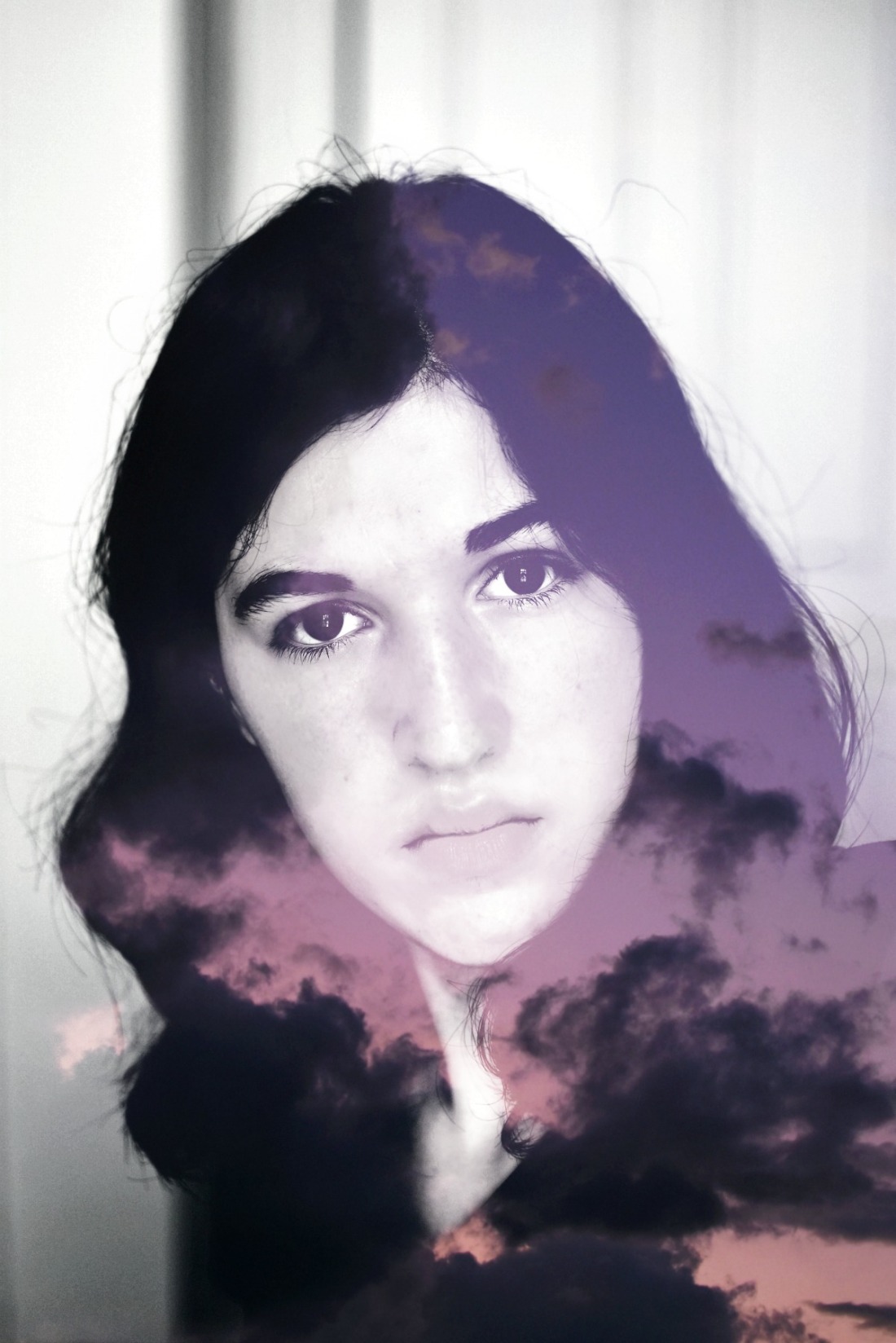 I think that’s enough pictures of my face for now. :’D I hope you enjoyed those edits! Feel free to pin these for future reference, and check out this great tutorial if you’d like to learn how to make your own double exposure portraits.

Also, I’m going to start linking the editing site I use, picmonkey.com, with a referral link. That means PicMonkey will pay me some money if someone clicks the link and signs up through it – kind of like Amazon affiliates. 🙂 I am a loyal fan of Picmonkey, heh heh. I’ve been using it and recommending it for probably five years – ever since I started my blog, I think. So yeah! Check it out if you’re looking for a versatile and powerful editing platform.

Which photo was your favorite? Have you tried the double exposure effect before? Does anyone else just love editing??

49 thoughts on “Double Exposure + Experimenting with Self Portraits”

👉 Swipe to see how tiny these watercolor landscapes really are! I had so much fun painting this new collection for the shop. Check it out with the link in bio, and let me me know which design you like best in the comments. ✨
I've been busy making lots of tiny art recently! This is a combination of restocking Etsy listings, working on a new collection, and fulfilling an order that will go to a cute little brick-and-mortar shop in Oregon. These mini landscapes will be well-traveled. 🙂
Juicy fruit. 🍓 I love how this drawing turned out but now I kinda want to eat it up...
Some of you recognized @arialewisphotography in the sketch sneak peek I posted a while ago. You were right - it's Aria and Andrew! This is the second custom card design she commissioned me to paint for her photography business. I love how it turned out. Check my stories to see her reaction when she opens the box of card sets. 😊❤️