Last Saturday evening I decided to wander around our farm and take some pictures, and I’m so glad I did! The woods and fields looked so peaceful and gorgeous in the golden light. ❤ Since the lighting was perfect, I focused on adjusting the settings in the moment to capture beauty without having to edit it later.

I absolutely love how the photos turned out, but instead of just saying that after every photo, I’m going to share some of my favorite music interspersed throughout with a link to a YouTube video for each of them. 🙂 I mostly listen to Christian music, but I also have a few pop, country, classical/instrumental, and folk songs on my playlist. Pretty much whatever strikes my fancy. XD They’re all clean, though; you don’t have to worry about that. 😉

Now, I hope you enjoy the photoshoot and maybe even find some new music to add to your collection! 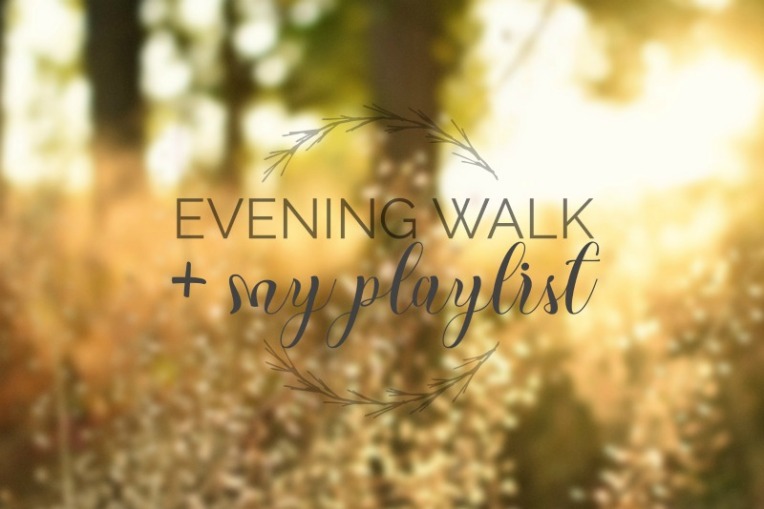 Maybe that’s where life is born:
When our façades are torn.
Pain gives birth to the promise ahead.

This is one of my favorite songs from #1 favorite artist. Switchfoot is an “alternative rock” band with thoughtfully poetic lyrics and deep, Christian themes that never fail to inspire me. AHH I LOVE THEM. 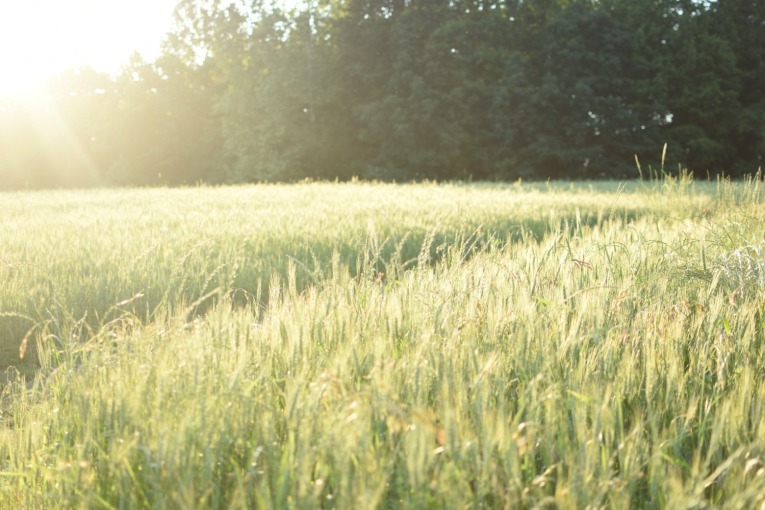 Be the wheels, not the track;
Be the wanderer that’s coming back;
Leave the past right where it’s at –
Be more heart and less attack.

NEEDTOBREATHE is my second favorite artist in kinda the same genre as Switchfoot. While I absolutely LOVE a lot of Switchfoot songs and don’t like some others, I pretty much like all of NEEDTOBREATHE’s music and can listen to it over and over.

No wisdom of man or rebellion
Could deliver new life out of death,
But the Voice with the curse
Spoke a promise that the Word would take on flesh…

The Gray Havens have a much softer, more acoustic sound than the previous two artists. They also have amazing lyrics, often with creative analogies and allegories to Biblical themes and stories. This song, for instance, is basically a poem about Creation, the Fall, and Christ’s coming set to gorgeous music.

It’s runnin’ deeper than the ocean –
This ain’t religion, it’s devotion:
365, every minute, every day.
So in the middle of the madness,
They can stretch me out like canvas,
But I ain’t ever gonna fit in their frame.

tobyMac is a rapper, but his songs vary from Christian rock/rap in his older albums to almost pop music melodies in his new ones. I love his surprising music edits, creative lyrics, and his constant themes of devotion to God and awe at his creation and provision. 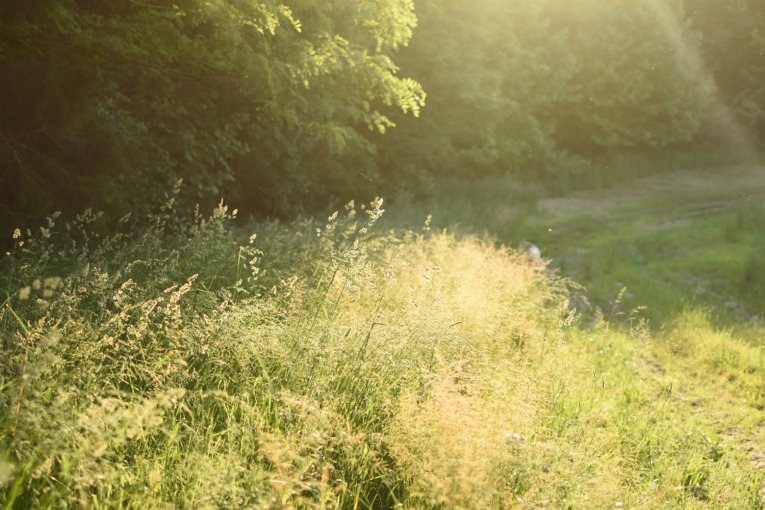 Sometimes we can get lost living in the here and now.
Sometimes it takes the sky to see what’s on the ground.

Ben Rector isn’t a Christian artist, but he writes very interesting songs with story-like lyrics. He has an authentic, down-to-earth way of putting things while still giving you a fresh perspective.

Andrew Peterson is kind of a classic Christian artist with, again, absolutely marvelous lyrics. (As you might notice, I don’t prefer songs with empty words.) I personally find his melodies repetitive, but the lyrics make them worth listening to.

I’ll be waiting,
Anticipating
All that I aim for,
What I was made for…

I am restless,
I run like the ocean to find Your shore,
Looking for You.

Switchfoot has way too many good lyrics for only one entry. 😉 I love how they often sings about Heaven and the longing to see God and our real home.

I can’t say how much you mean to me –
Like trying to describe impossibility.

To be honest, I pretty much only listen to the “Mountaintop” album from Relient K, but I LOVE it! It’s so summery and fun, with bright tunes and sometimes wacky, sometimes poetic lyrics.

I don’t listen to a lot of K&C stuff, but they’re a good,  pretty typical Christian band. This is my favorite of their songs, partly because Dad has had it on his playlist forever and it brings back memories of listening to music while we all did dishes at our old house. 🙂

Please don’t go, please don’t leave me alone – a mirror is so much harder to hold.

– Jon Foreman, “A Mirror Is Harder to Hold”

Jon Foreman is the lead singer of Switchfoot, but he also released some music on his own. His lyrics have deep, personal themes, and much softer, mellower tunes for the most part. I would describe his songs as “aesthetic” – kind of faded and wistful and thought-provokingly beautiful.  My favorite album of his is called “Limbs and Branches.”

I went looking for attention
In all the wrong places.
I was needing a redemption.
Get me out of these cages.

I love this recent song by NEEDTOBREATHE! It has such a great message of what happens when we look to things other than Christ for ultimate worth and fulfillment. 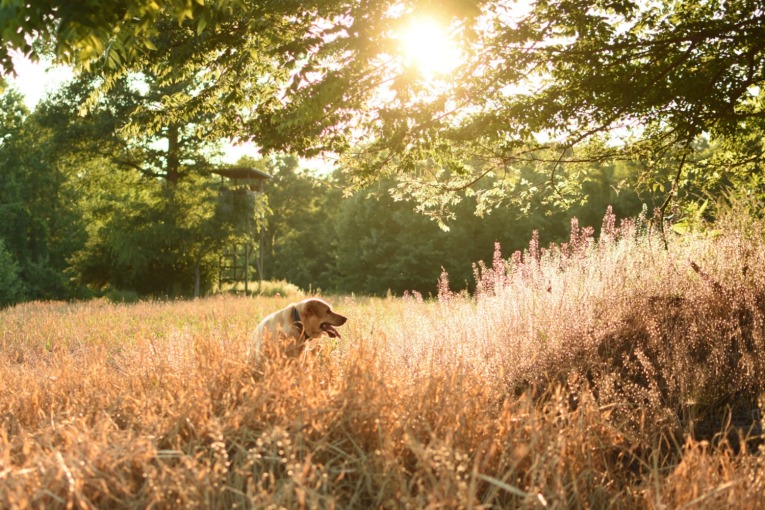 Sometimes I hear you calling
From some lost and distant shore;
I hear you crying softly
For the way it was before.

I wouldn’t say I like the band Red as a whole because their music is too “hard” for my taste and incorporates too much yelling and percussion and such. :’D BUT, they have a few hauntingly beautiful, quiet songs, and this is one of them.

I want the world to sing in her native tongue.
Maybe we could learn to sing along,
To find a way to use our lungs for love and not the shadows

We’re not done with Switchfoot yet. XD This album, which is also called “Native Tongue,” has a lot of catchy songs with a little more of a pop-music feel, and is a little less heavy on the lyrics.

What’s going on inside of me?
I despise my own behavior.
This only serves to confirm my suspicions
That I’m still a man in need of a savior.

DC Talk is a 90’s Christian band I grew up listening to, which means that I’m tired of a lot of their music but still like it at the same time. XD Their music sounds different from your normal CCM or Christian Rock today – a little more mellow, perhaps. This is also very classic Christian music. 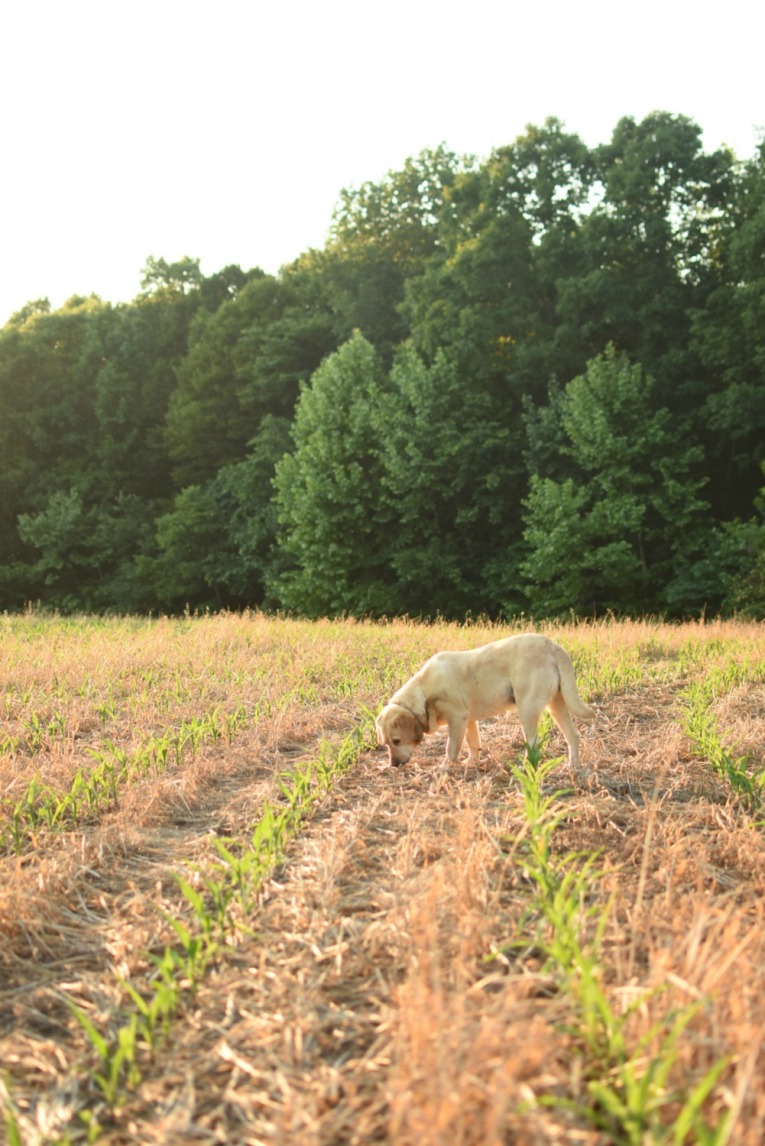 There are way too many love songs
And I think they’ve got it all wrong,
‘Cause life is not the mountain tops:
It’s the walking in between.
And I like you walking next to me.

Now this is my kind of love song – sweet, but simple and authentic. 😛 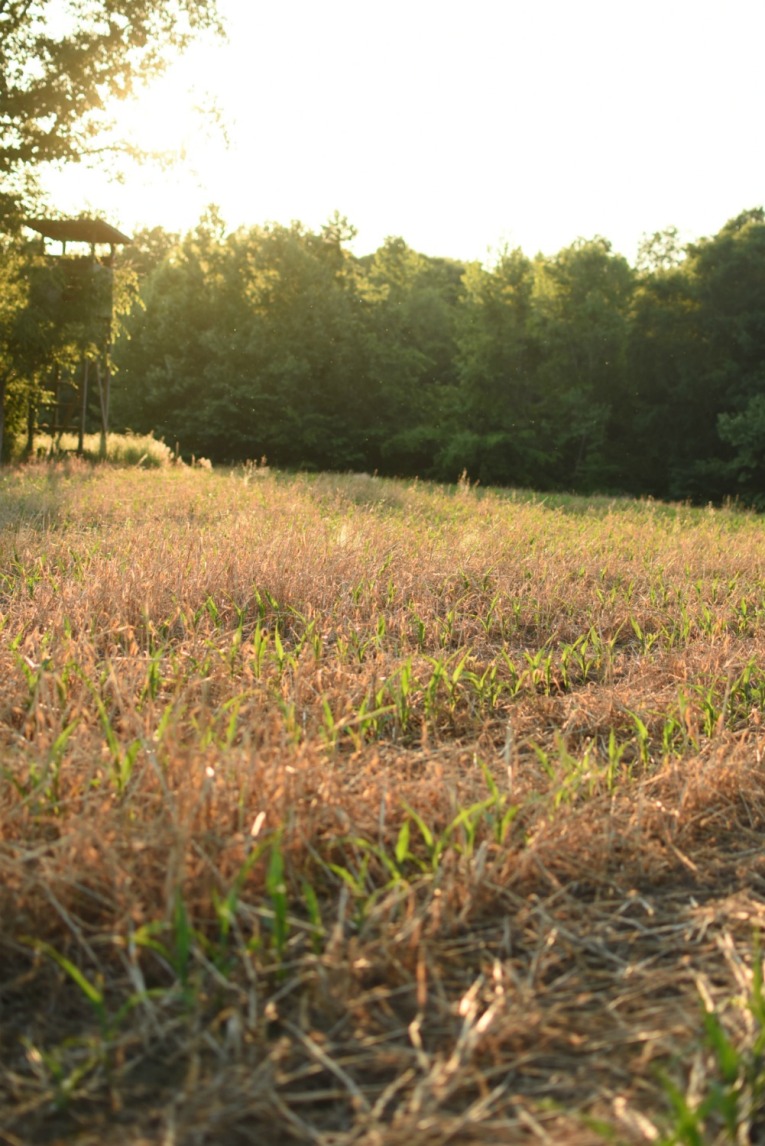 Maybe I’ll just slip into the moonlight
And catch a trail of stardust in your eyes.

See what I mean about poetic lyrics? Actually, whimsical would describe this band better. Sunny and whimsical, with an occasional gentleness. 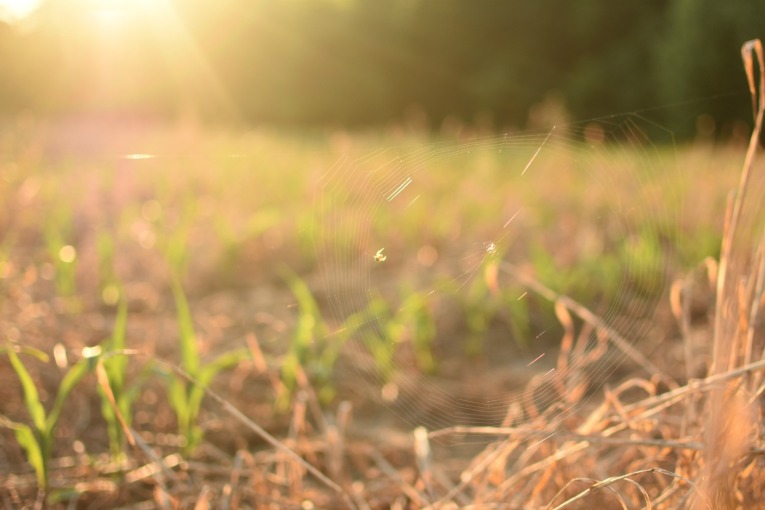 Well you may be on a state paved road,
But that blacktop runs through my payload.
Excuse me for tryin’ to do my job,
But this year ain’t been no bumper crop.

Hey!
That’s a what I make –
I make a lot of hay for a little pay,
But I’m proud to say:
I’m a God fearin’, hardworkin’ combine driver..

This is the only country song I have on my playlist, ironically. 😛 But oh my word, guys, this song is so relatable and funny (especially the lyrics above). It pretty much describes Dad as a farmer, with a few tweaks. (Such as he’s been married 23 years to a farmer’s daughter, we don’t plow our fields or go to 4-H, etc. 😛 )

Grow, grow where you are;
Anchor your roots underneath.
Doubt your doubts
And believe your beliefs.

We shall end with one more Switchfoot song. 😉 This is an example of one of their songs where I like the lyrics but the melody is a little rambunctious for my taste. But aren’t those words like a mini poem? 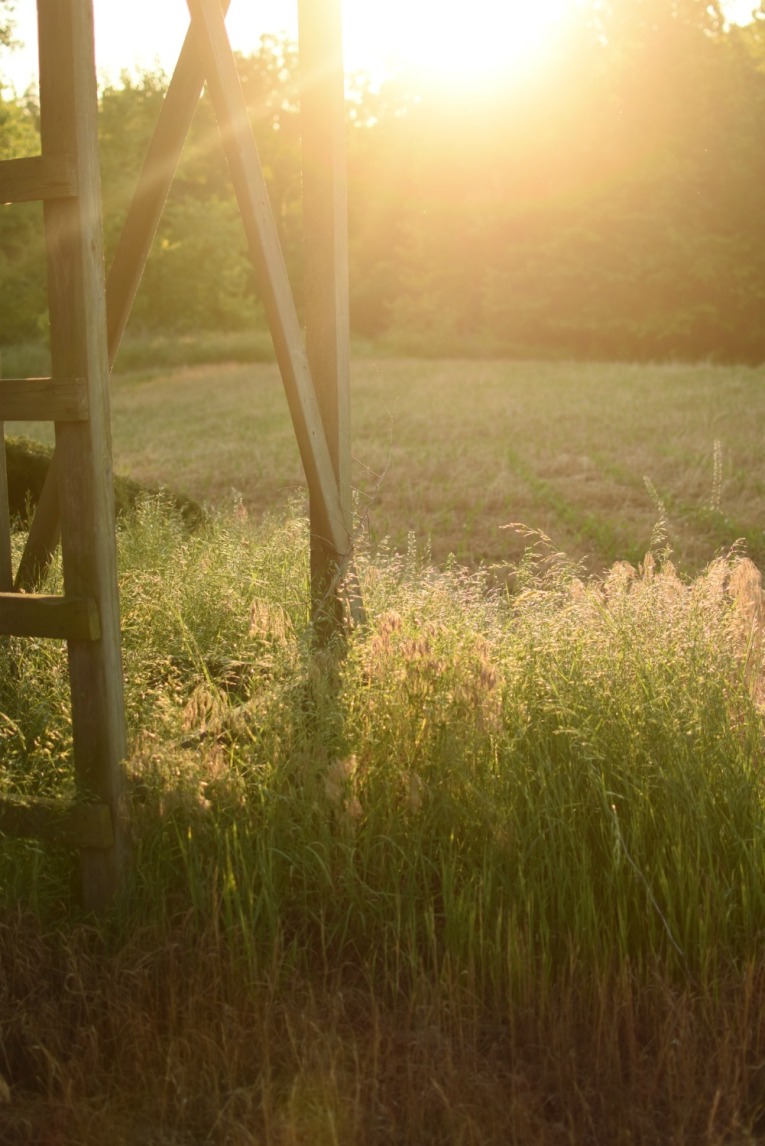 Well, that’s all for now! I have so many more favorite songs, but maybe I can do another post later. 🙂 Would you like to see a summer playlist? Until then…

Which photo was your favorite? Which song did you like best? What are a few of your favorite artists or songs?