AHHH, I am so, so excited for this post! Can you believe this is the first sisters photoshoot in almost a year?? (You can see the last one here – yikes, I think our photography skills have improved since then.)

A couple of days ago, I was taking my brother lunch at our other farm down the road when I met with a breathtaking sight: one of the fields was nearly COVERED in buttercups! It was practically solid yellow in some parts. O.o As soon as I got home I told Megan about it and she was like, “Ooh, we should do a photoshoot!” Just what I was thinking. 😉

We went over that evening at golden hour, but sadly those pictures didn’t turn out the best since it was already getting dark when we went.

So we came back later one morning and oh my goodness, I absolutely LOVE how these photos turned out! I hope you guys do too.

First, let’s set the scene. AHHH, just look at it! Unfortunately it was rather cloudy when we came, but got sunny toward later on in the shoot. And yes, Megan is carrying a chair. Her yellow desk chair, to be used as a prop. 😀

Ta-daa! The chair served us quite well, although it looked a bit pale and peaked.

We found some handy tracks through the field that were perfect for sitting in!

HA HA, I love these next photos. Megan picked a handful of buttercup flowers and threw them into the air. Only in these photos, it just looks like they’re levitating. :’D 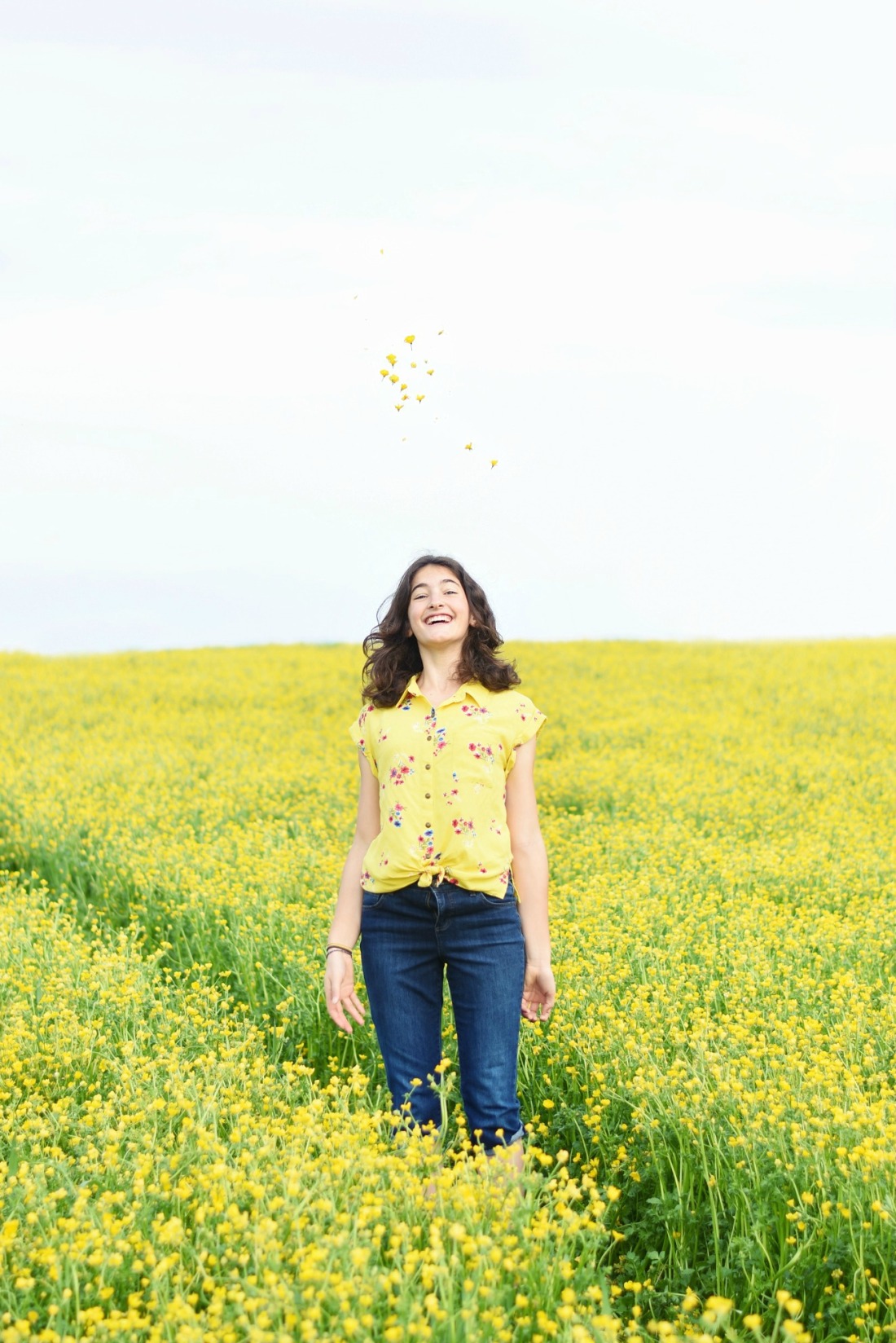 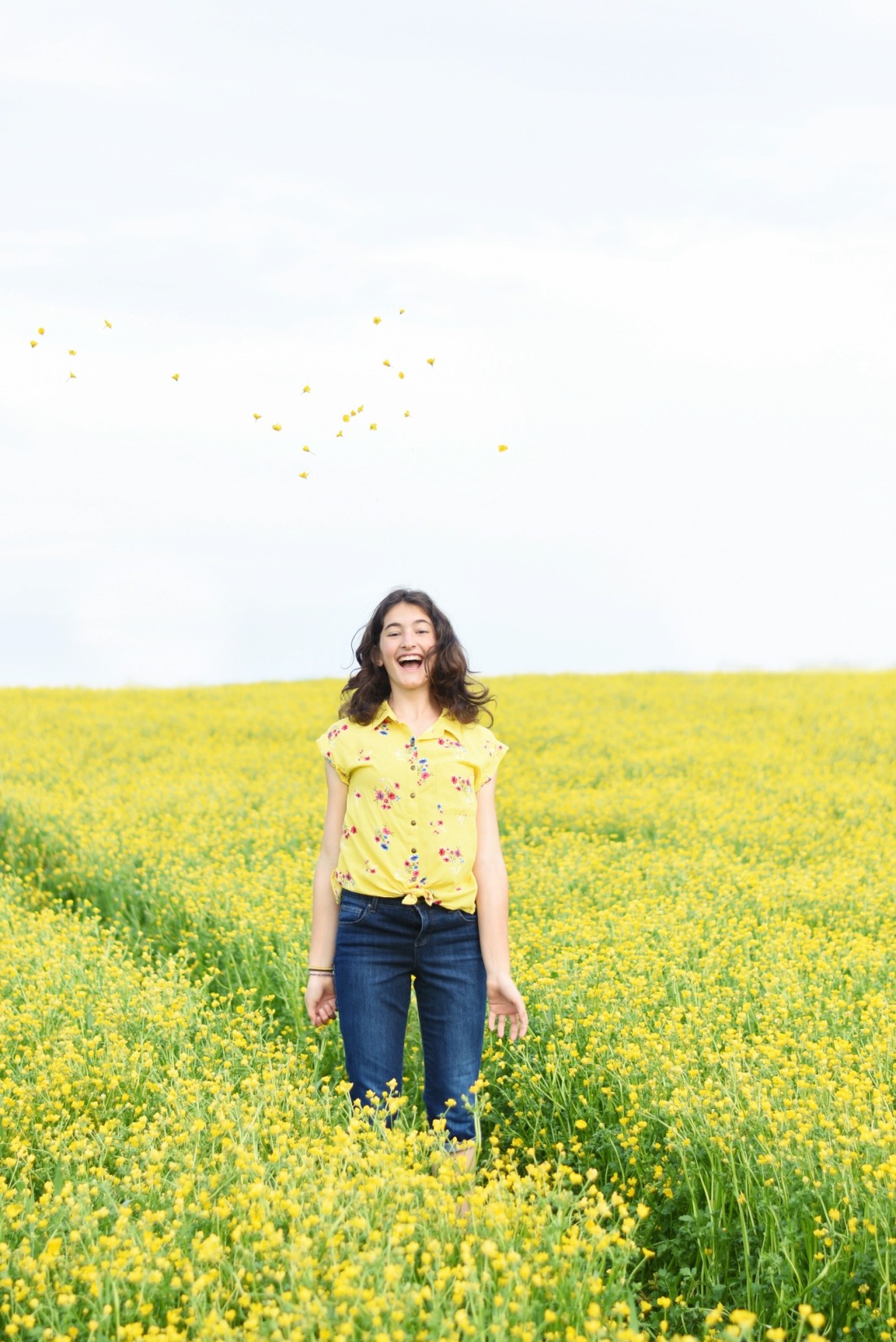 I think these next two photos are my favorite of all the ones I took of Megan. SO. PRETTY. 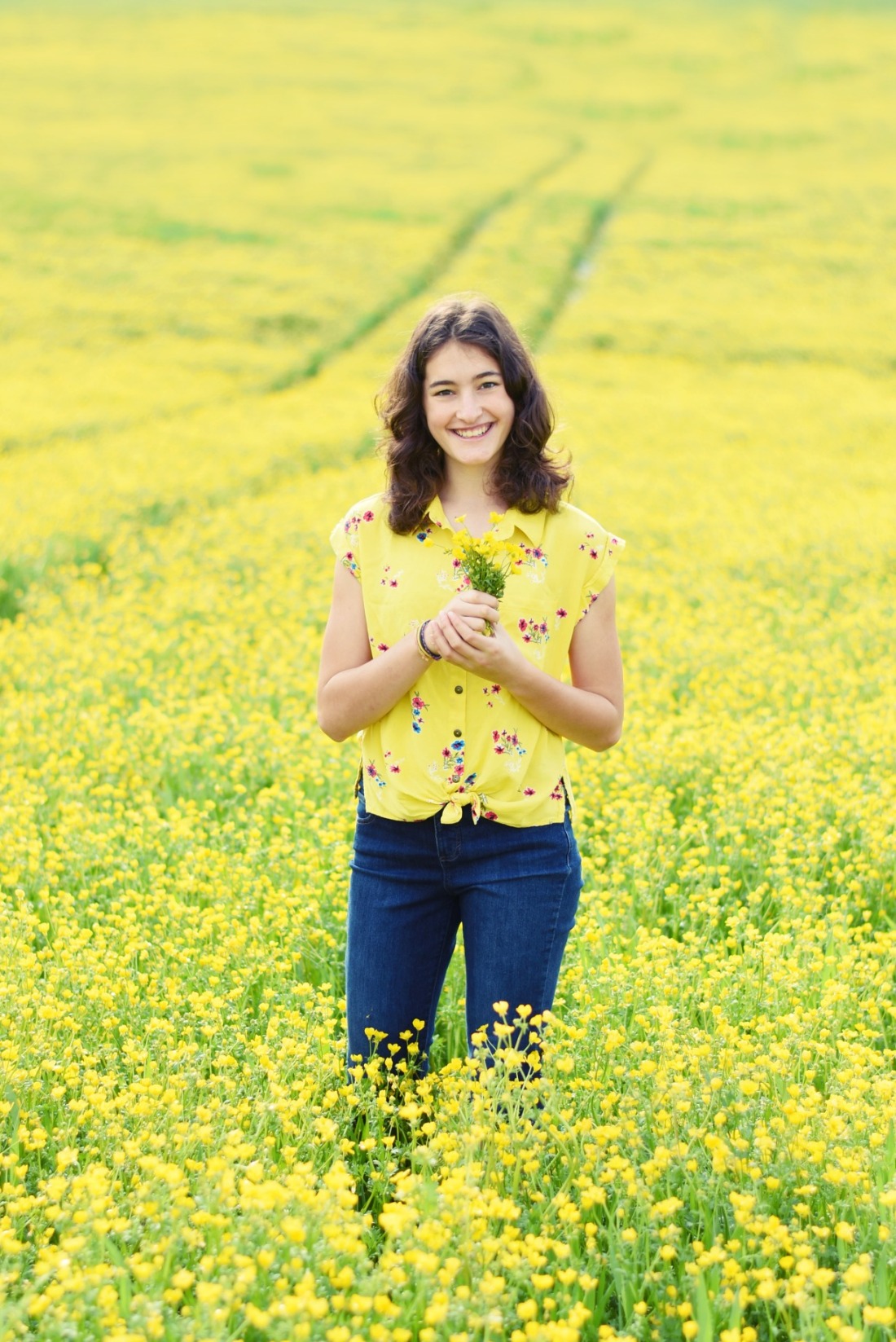 Guys, I still can’t get over how YELLOW it was! It was like one of those planted flower fields you see on Instagram or something. 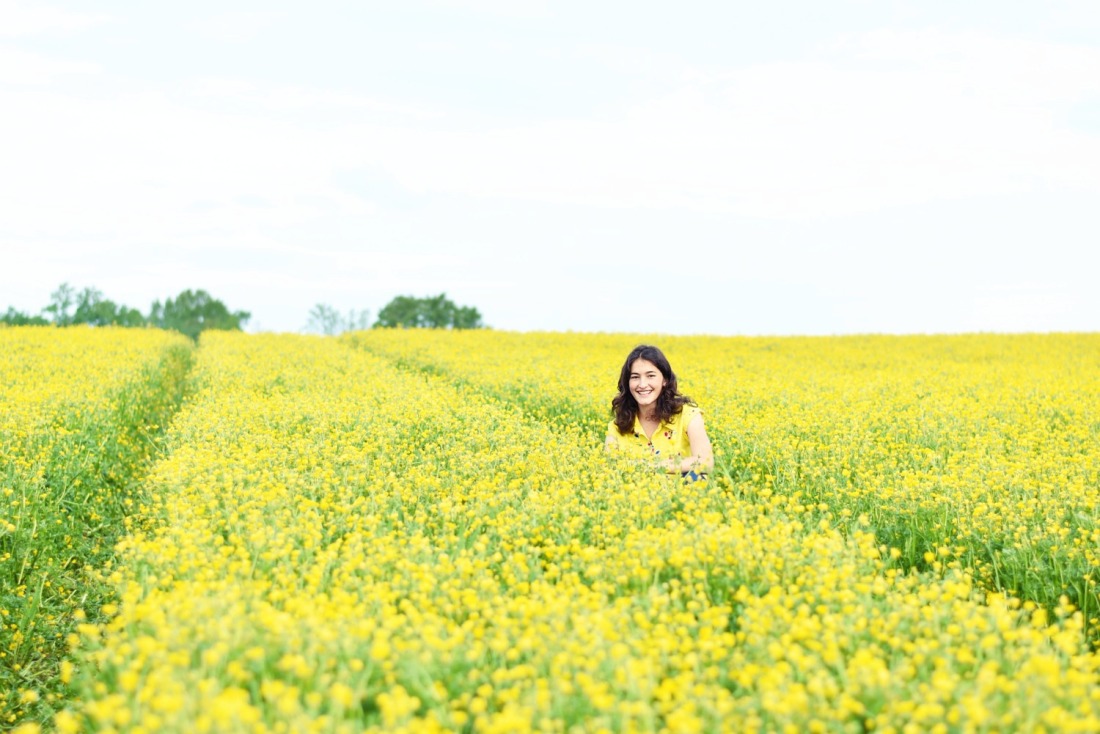 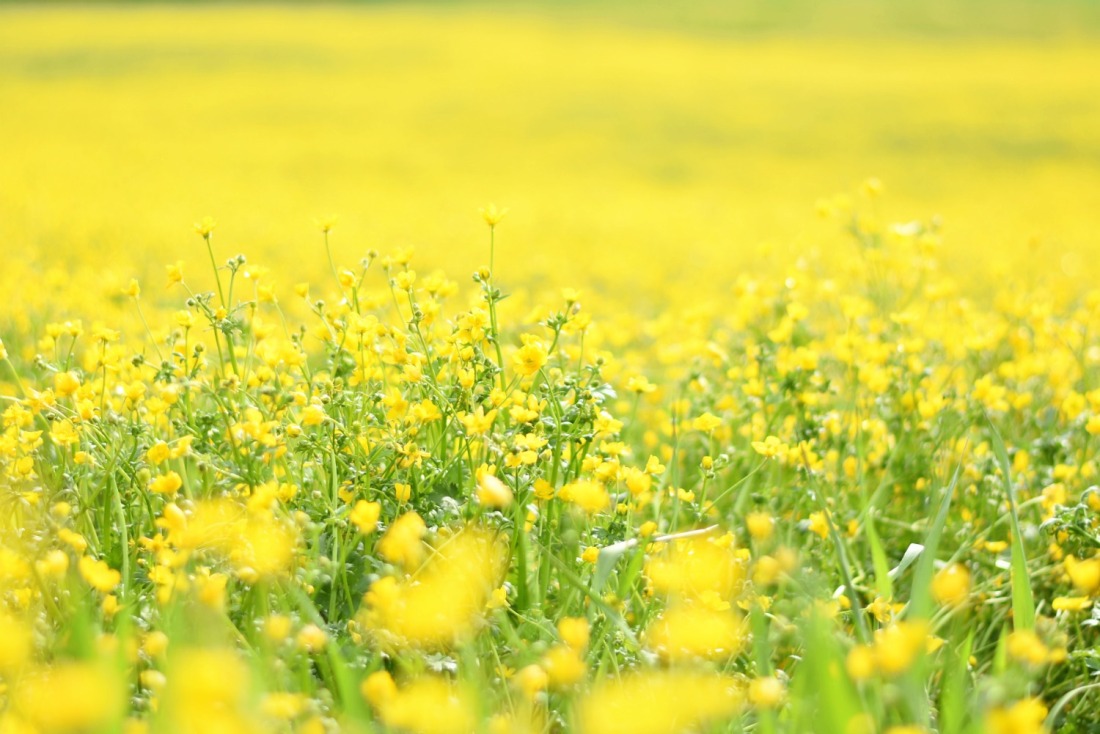 By this time it was starting to get quite sunny. This calls for a floppy hat!

A lot of people think I look SO much like Megan, which is funny to me because for most of our lives, we really didn’t look the same. But now my hair is darker and shorter, and I can see the resemblance. 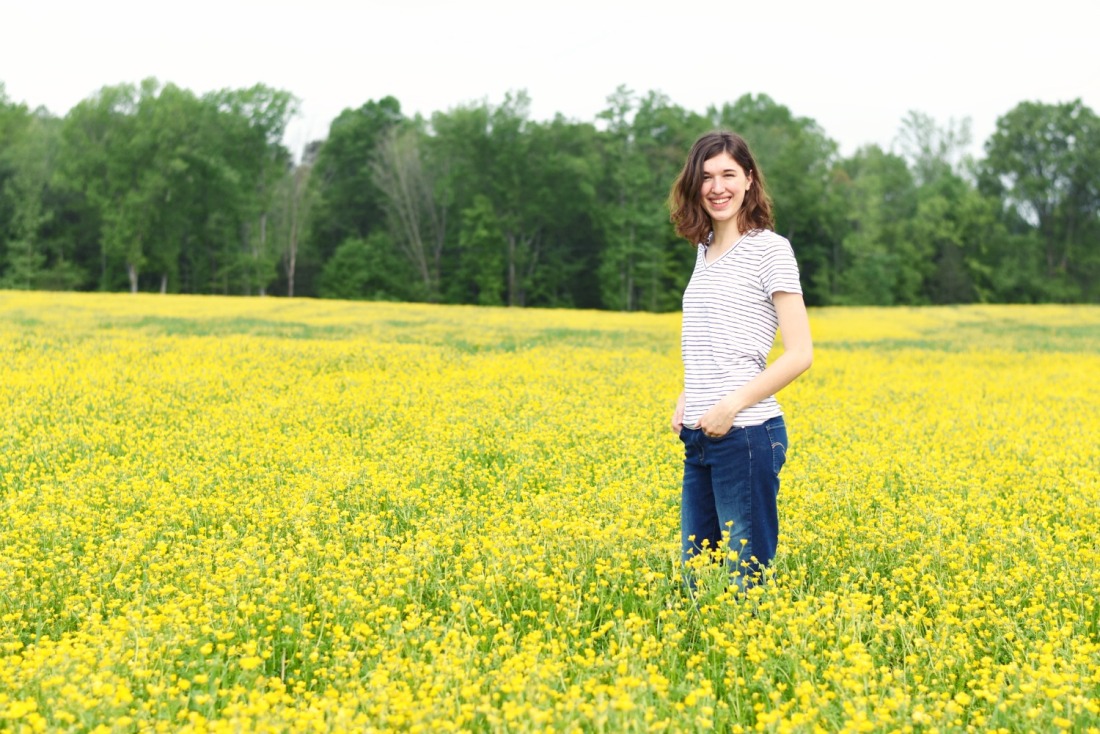 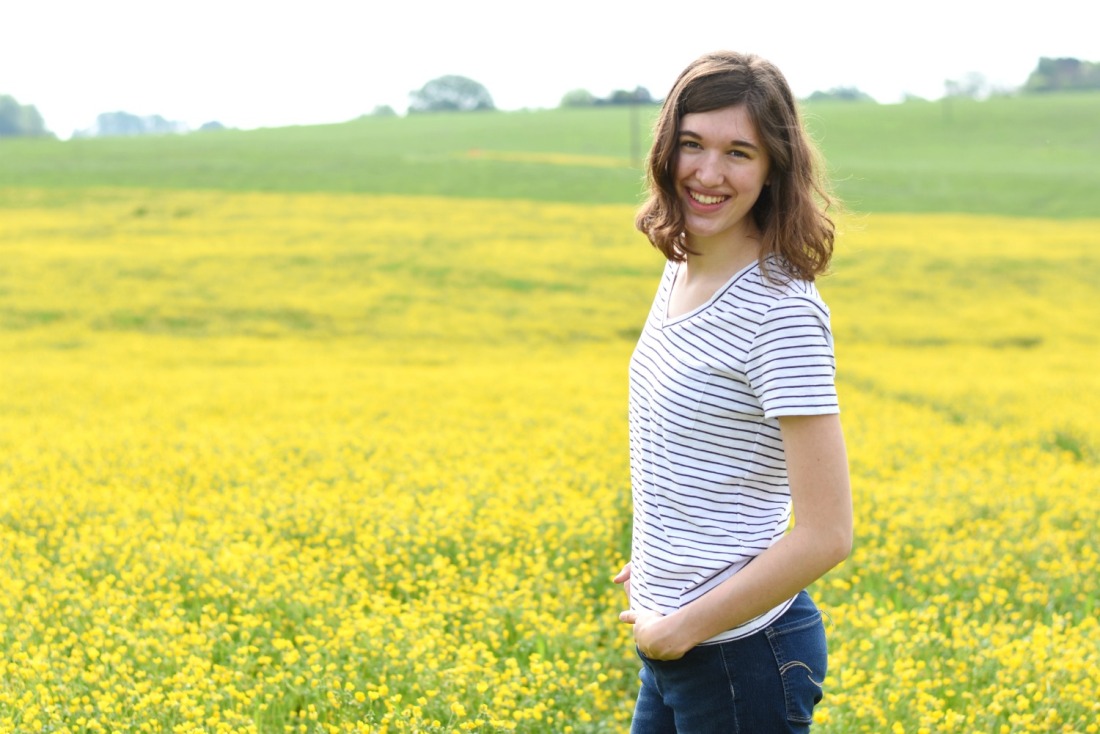 Me picking flowers… you know what that means! (If not, keep scrolling.) 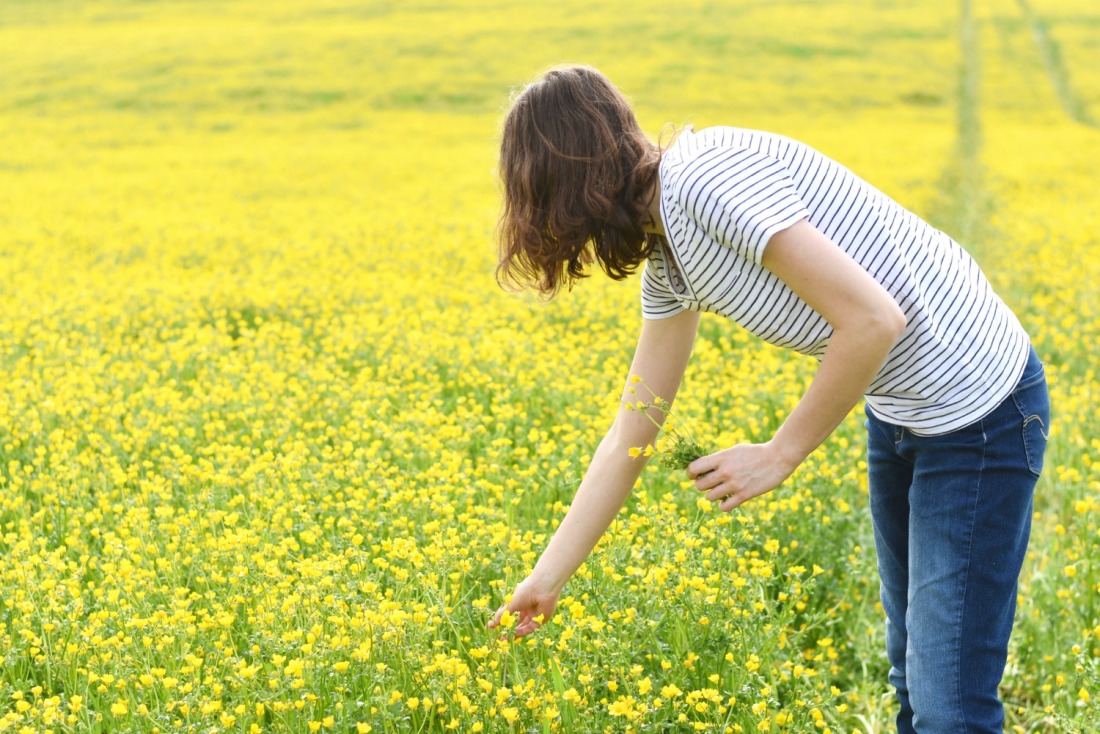 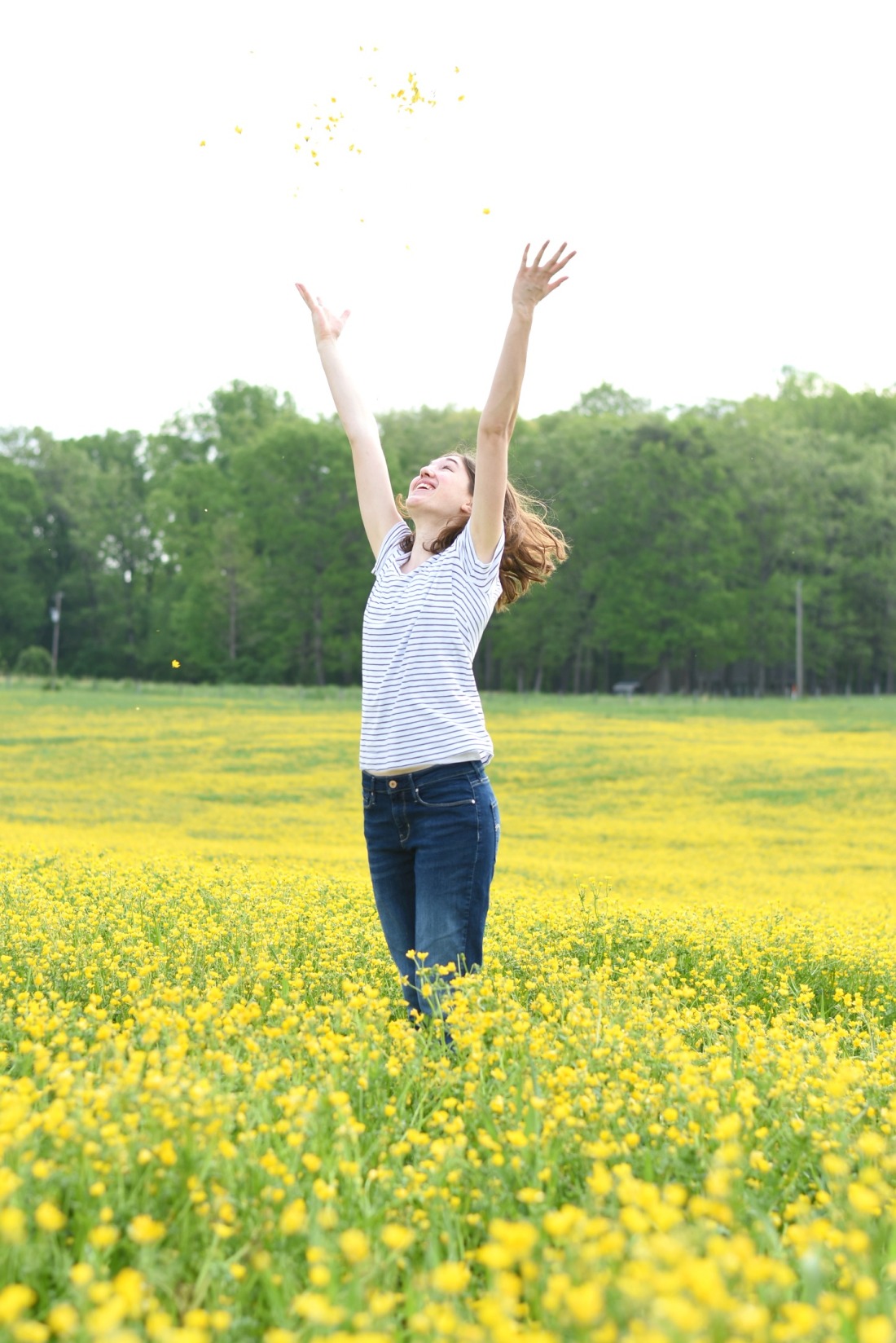 Hee hee, I love this one! If my arms look kinda weird, I’ll tell you why in the next picture. 😉 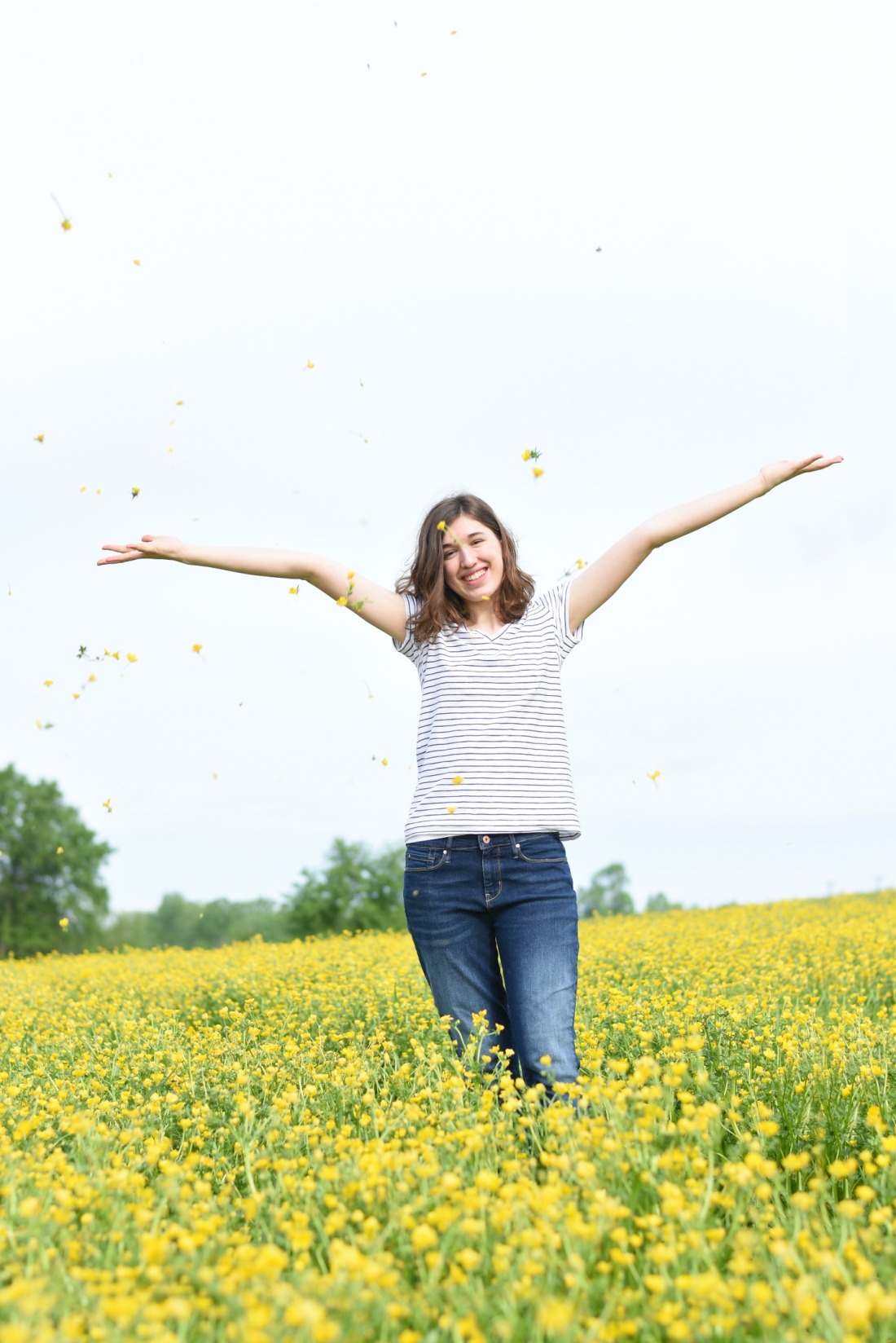 Fun fact: my hidden “talent” is that I have double-jointed elbows. O.o It’s quite fun to freak people out with it, and sometimes I don’t even realize I’m doing it, like in the picture above when my arms don’t look quite straight. But I decided to demonstrate for you guys on purpose so you can see better what it looks like. Ready for a slightly disturbing photo?

HAHAHA. :’D It looks bizarre even to me. It doesn’t hurt, though. AHEM. Moving on. Let’s get back to some slightly… prettier poses. 😀 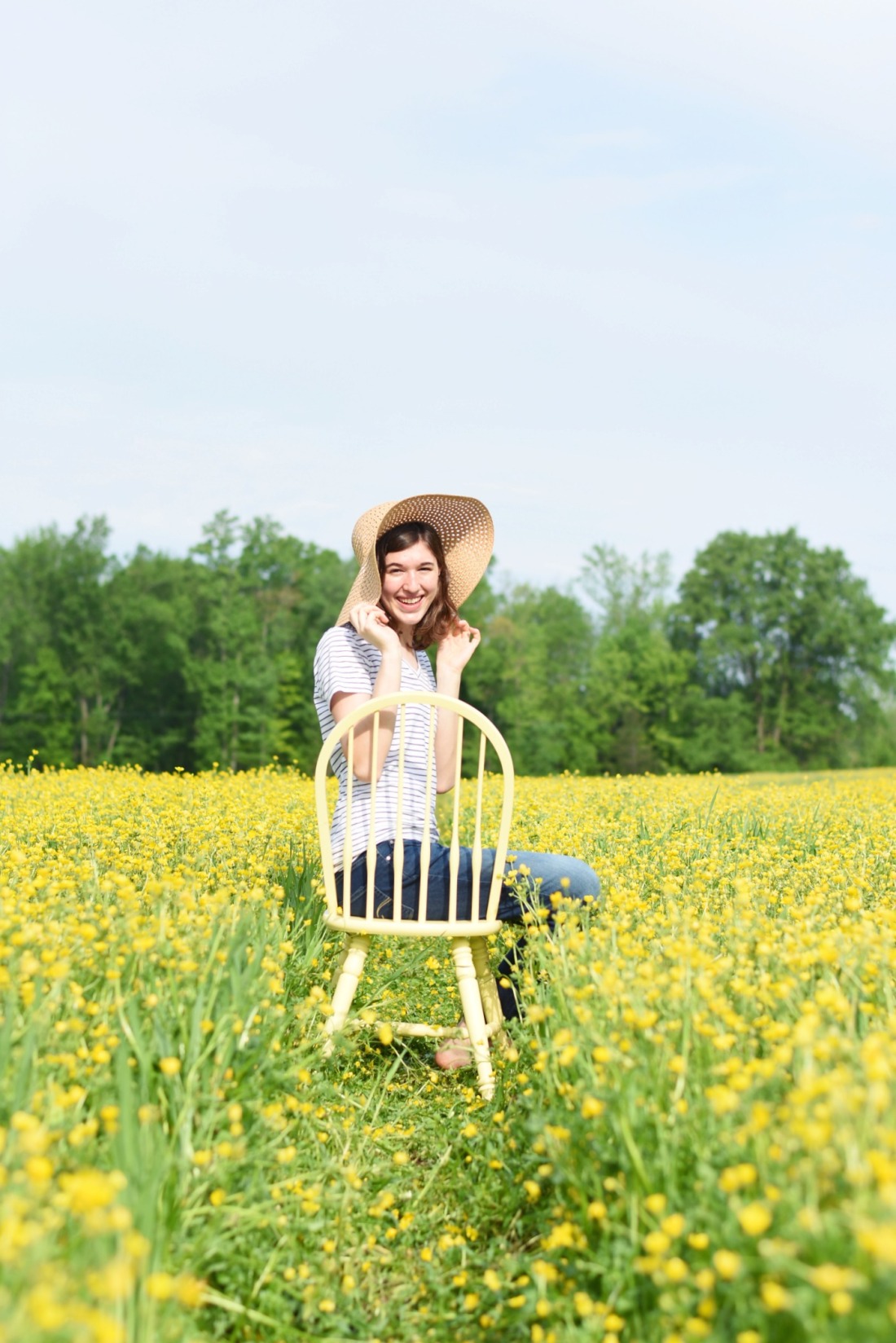 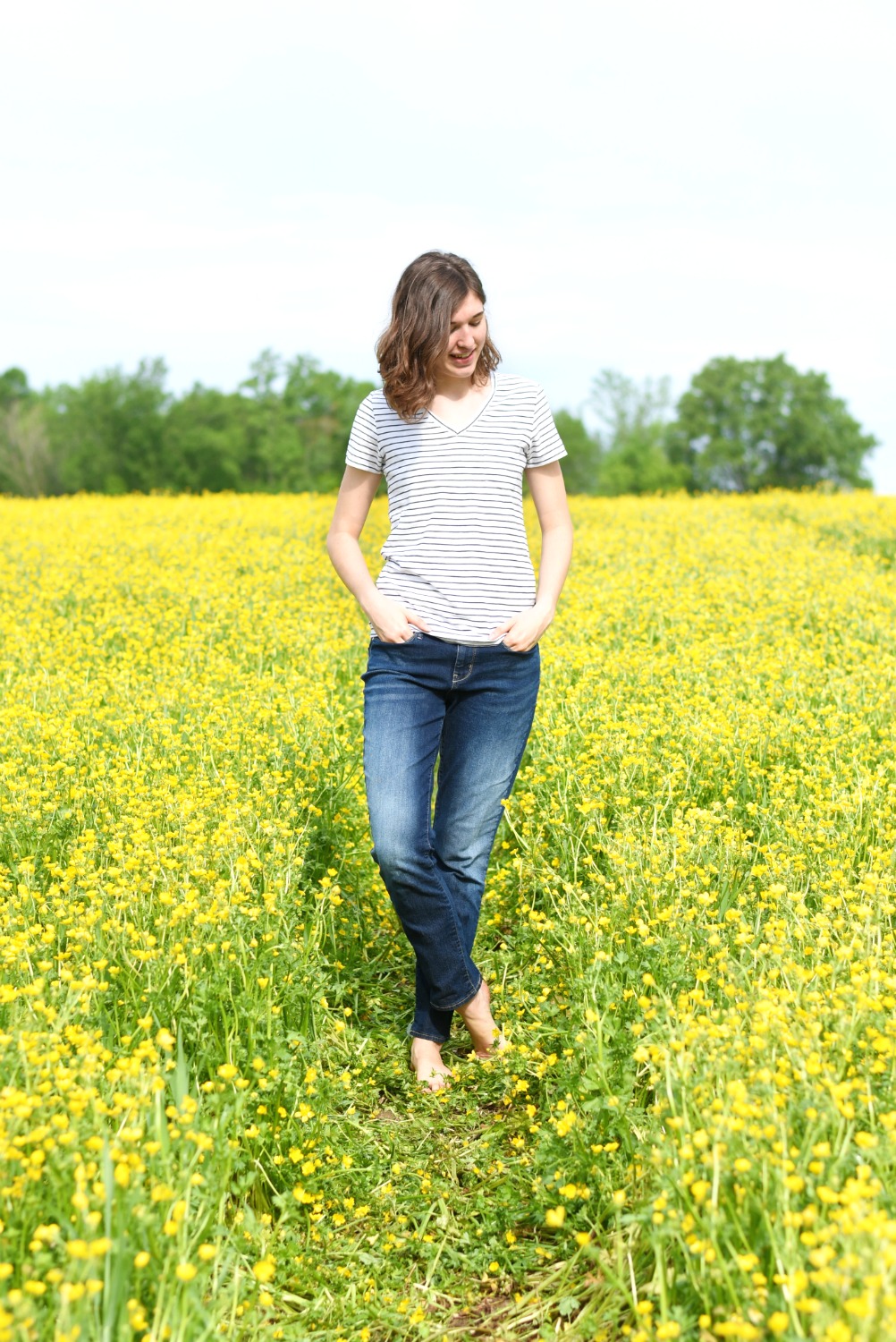 I’m so glad there were tracks in the field, because otherwise you would just see my head sticking out from yellowness. 😛 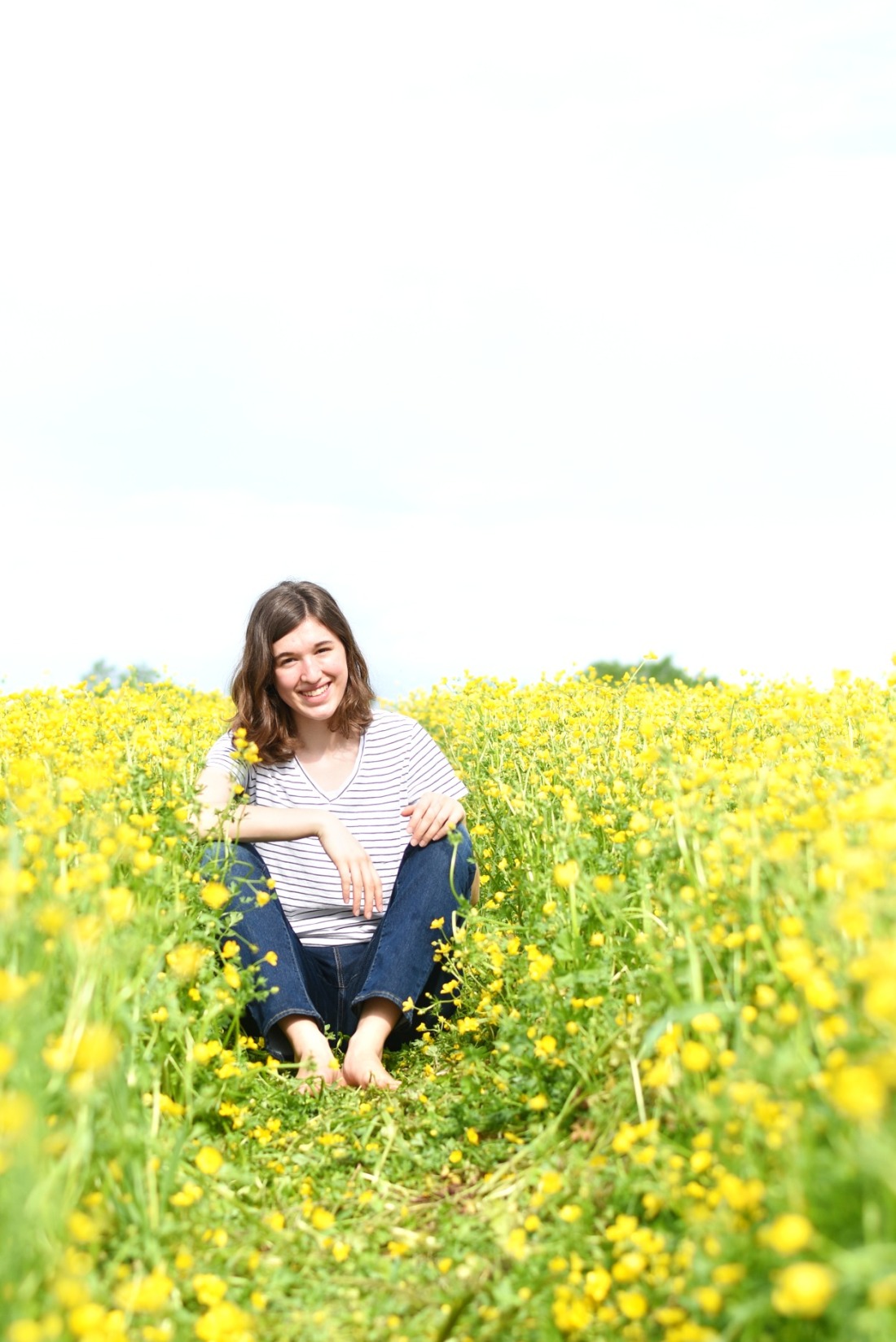 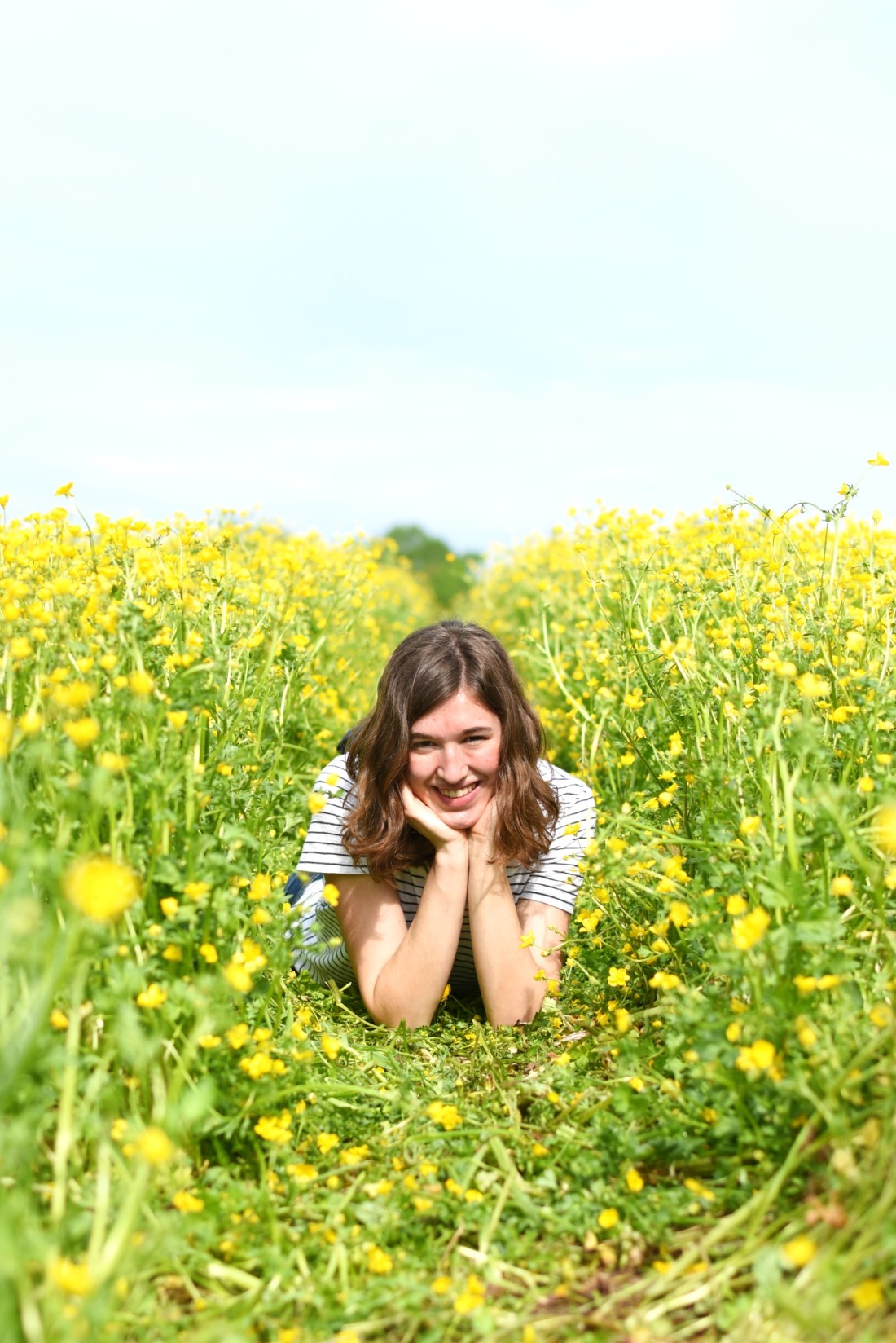 And that’s all for me! Another brief intermission for a few last photos of Megan…

The waves have parted! 😀 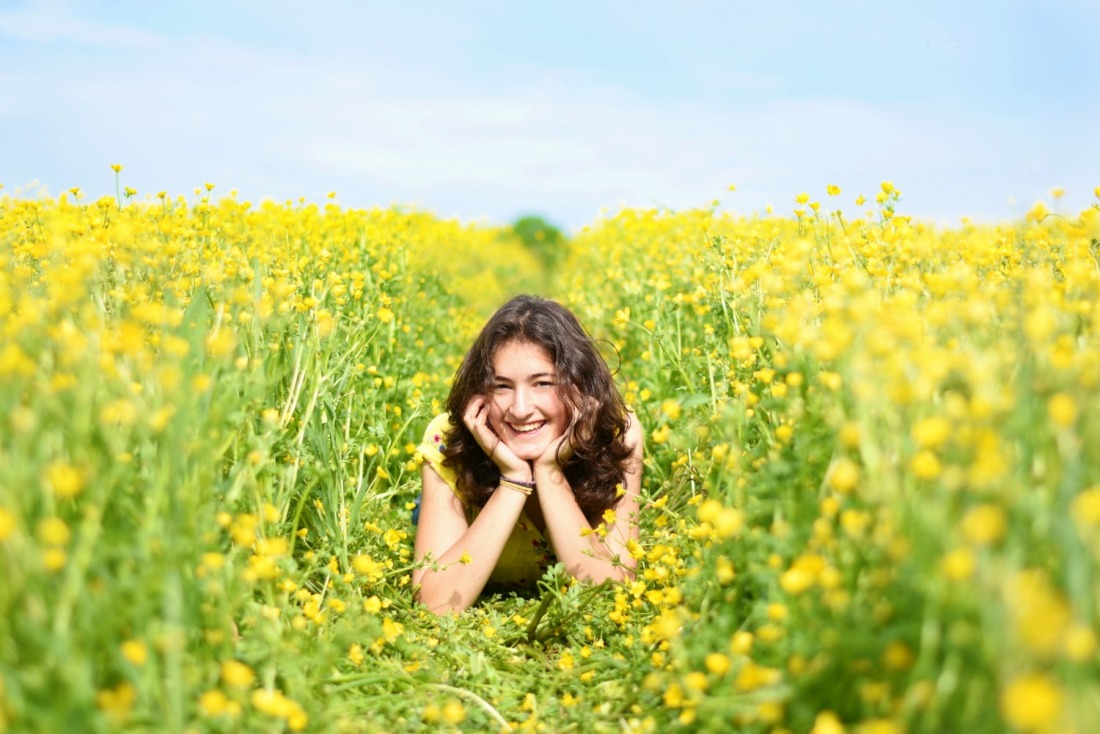 Okay, guys, get ready for another hilarious picture of… Megan with bunny ears! OH MY GOODNESS, when we were sorting the pictures we stopped at this one and just dissolved into laughter. :’D :’D :’D 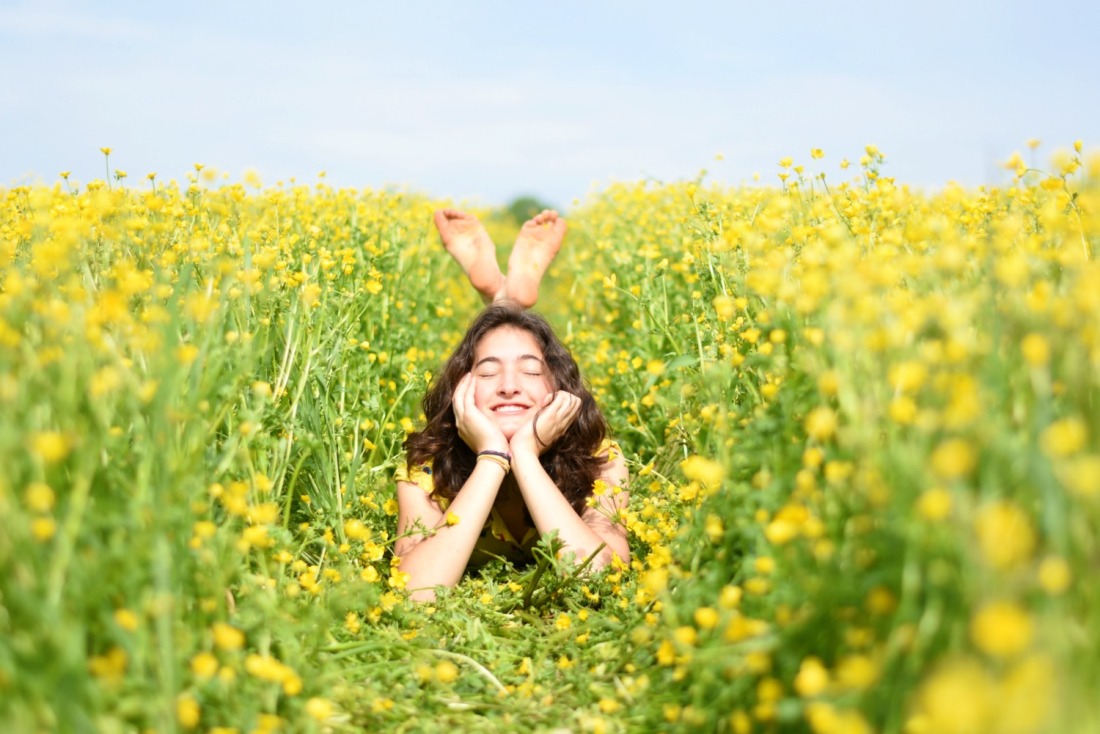 We shall end with one last floppy hat picture. Hats are neat theoretically, but I never wear them except in photoshoots, honestly. XD

*happy sigh* There you have a selection of my favorites! It was so much fun to take these photos and edit them and post them. I hope you guys enjoyed browsing them too! ❤ Be sure to check out Megan’s post to see a different selection. 🙂

Which photos were your favorite? Do you have any weird “talents”? Isn’t the buttercup field just AMAZING? And do you think Megan and I look alike?