I was originally going to post a “Moving On” episode, but I’ve been doing a lot of complicated, less lifestyle-ish posts lately and I felt in the mood for a good ol’ photography post – one of my favorite kinds to read AND write. 🙂 So I’ll save the moving post for a later date, and hopefully you enjoy these various portrait photoshoots in the meantime! 😀

One day when the sun was setting and it was lovely and golden outside, I asked my littlest sister Carmen if she wanted to do a bubble photoshoot with me. She agreed somewhat reluctantly, but started having fun once we commenced, as usual. XD 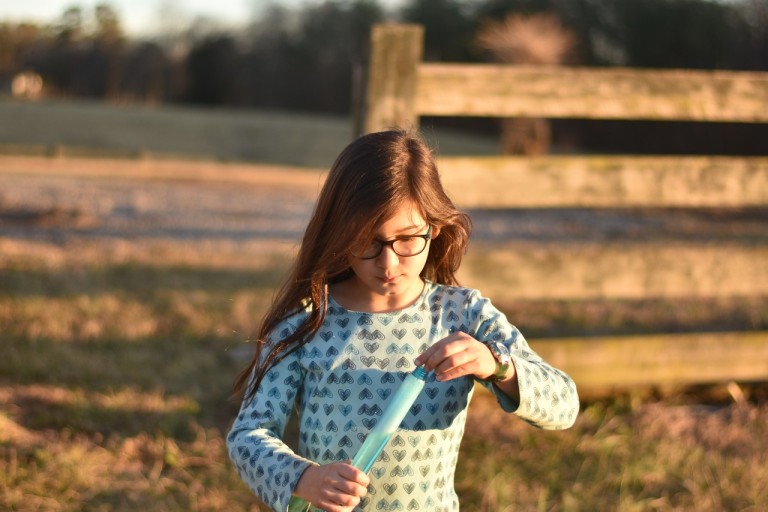 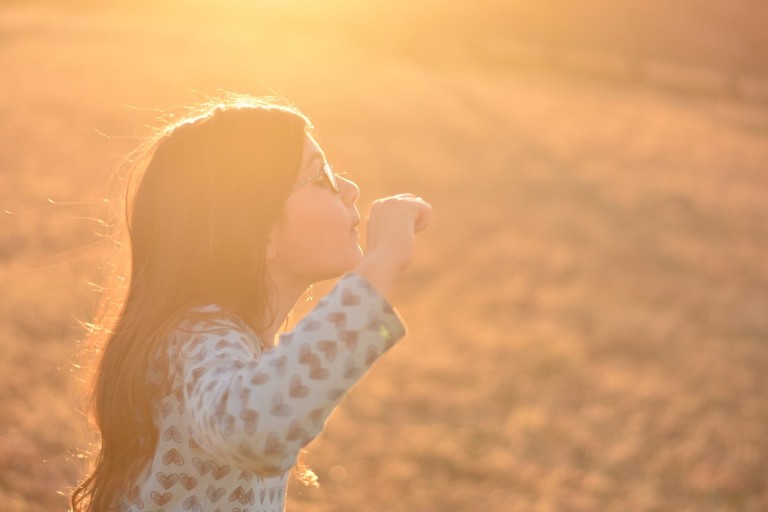 It was fun, but VERY difficult. The hardest part was getting the bubbles in focus. I could have used a higher f-stop, but I wanted the nice blurred background and… anyway, these are only a fraction of the photos I actually took. XD 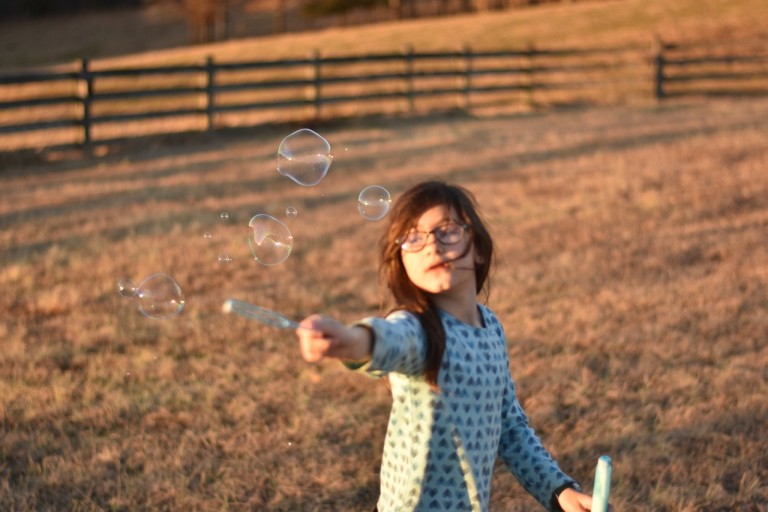 Another difficulty was that the bubble wand handle was broken and we kept having to fish the rest of it out with a, um, small scissors. Why didn’t we use a tweezers? You know, I’m not really sure. XD Maybe we couldn’t find it, I forget. Anyway, it worked… sort of. 😛 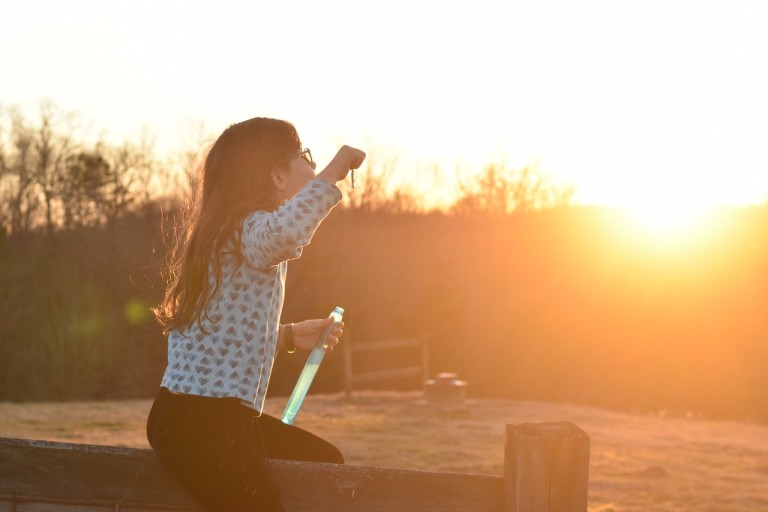 After Carmen got too cold and went in, I attempted to take pictures of just bubbles by myself. IT WAS EXTRAORDINARILY HARD. The wind always blew the wrong way at the wrong time, just as I clicked the button, of course. *sigh* Oh well, out of perhaps at least a hundred, I DID get a few good ones. Two, in fact. *weak smile* I do love the color, though! (They aren’t edited.)

Guys, I practically NEVER take selfies (although I do use the self-timer occasionally). Why? Probably mostly because it’s such a  stereotypical teenager thing to do, and thus I don’t (XD). Anyway, the other day I found a charming patch of speedwell, a weed with adorable tiny blue flowers, and decided hey, why not. 😛

Oooops, didn’t exactly point my camera at the right spot… but it works! XD 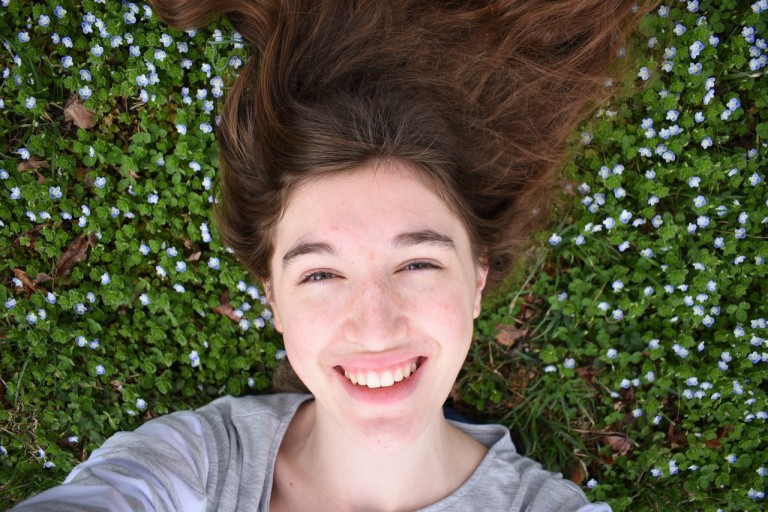 An edited one just for fun…

My sister Megan and her friend MacRae do very strange things together. Trust me on this – VERY strange. Like taking rocks for a walk or racing earthworms. I don’t know if Megan wants me to tell the reason behind these pictures yet or not, so for now let’s just say it’s another of their interesting ideas which they wanted me to photograph. Heh.

That blob of fur in MacRae’s lap is my rabbit Willow. XD

BAHAHA, poor Willow is a little alarmed at their antics…

GOOD JOB, WILLOW. Escape is obviously the best option here. I don’t know what Megan’s doing here… contemplating the taste of a spoonful of mayonnaise? XD

And then Willow, who was obviously the star of the show, got some headshots…

What do you say, does Willow look good in a mustache? True, she kind of already has one… XD

Since you never really saw her eyes, I had to include one last one so you can tell that she is actually a living creature. Hee hee. 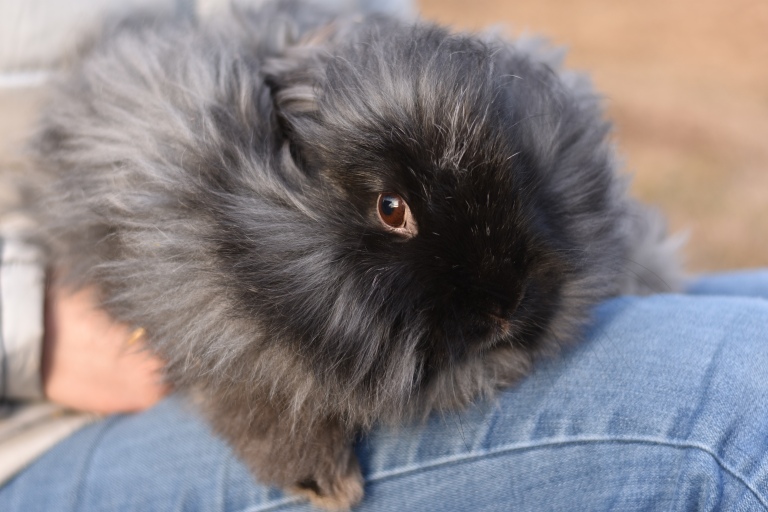 P. S. Speaking of bunnies, I have some sad news… Diamond and Lily are gone. 😦 Lily was got really sick so we had to put her down, and I don’t know what happened to Diamond – maybe she just died of old age or something. *sad sigh* I’m really glad we still have the other four bunnies, though, and hopefully we can have baby bunnies again soon! But… RIP Lily and Diamond. 😦