Hmm, I’ve made better titles. *Wince* You know you’re a photographer when you’re that excited over a new camera lens. XD BUT SERIOUSLY! I AM EXCITED!

I just ordered a new lens for my camera, and I am loving it! It’s a Nikkor 50 mm f/1.8 lens (see it here on Amazon), in case you were wondering. 🙂 *Update: Whoops, I accidentally said “zoom lens” at first, but I don’t think it’s actually a zoom lens. O.o*  I love all the beautiful blur and bokeh it makes in the background with the subject in sharp focus. The one thing I don’t like is that I can’t get super close-up pictures unless I crop them smaller. But anyway, I’ll keep experimenting, and in the meantime, how would you like to see about a million or so pictures? Okay, maybe closer to a thousand, but still. 😉 😛

First I want to show you the difference between my old lens and my new lens. The next (awful) picture was taken with my old lens at ISO 800.

TERRIBLE! But the next picture was taken with my new lens at ISO 800. It’s so much brighter because it goes down to an aperture of 1.8 instead of 4 something, which means it lets in a ton more light and thus makes the entire picture brighter. Ta-daa! (Okay, I know it still isn’t a beautiful picture, but my youngest brother kindly brought the iris in for me to take pictures of with my new lens and I decided to experiment. 🙂 ) So in conclusion, this new lens is way better for indoor photography and other low-light situations. 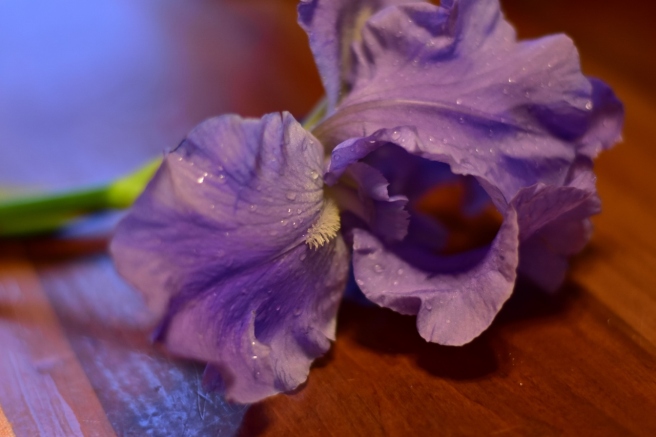 Now for the actually pretty pictures. 🙂 Get ready for lots of raindrops, snails, and flowers!

I had to up the ISO quite a bit here so it’s kind of grainy, but I still like it. 🙂

Ohhhh this next one is one of my favorites! 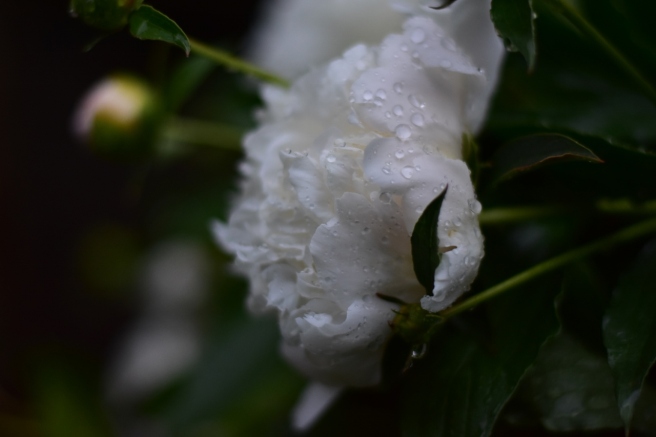 As you can see, it was getting pretty dark when I took this picture. I think it looks kind of neat that way though!

I got quite a few pictures of this cute little snail meandering over a bush. 🙂 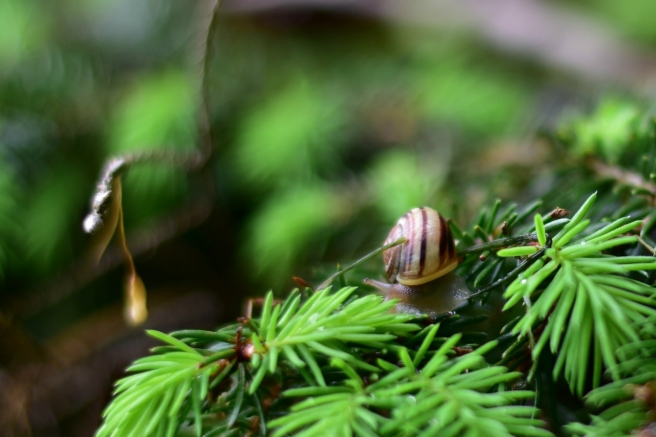 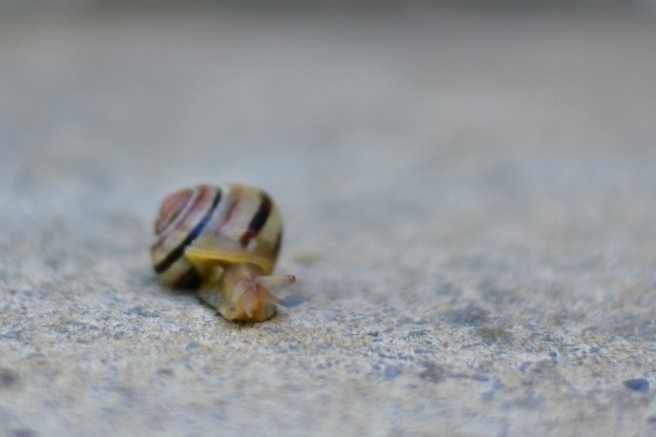 The next two photos are a little different. For the first one I shined (or is it shone?) a flashlight close to the drops, and for the second one I used flash. *GASP*, she used flash?! I know it does look a bit flash-y, but I thought it was worth it to capture the neat glittery effect. 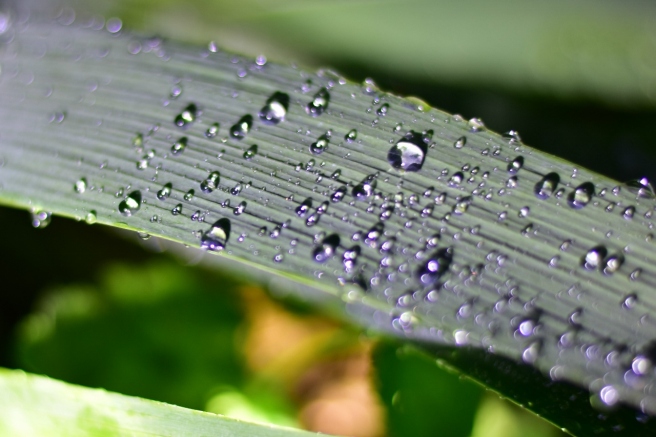 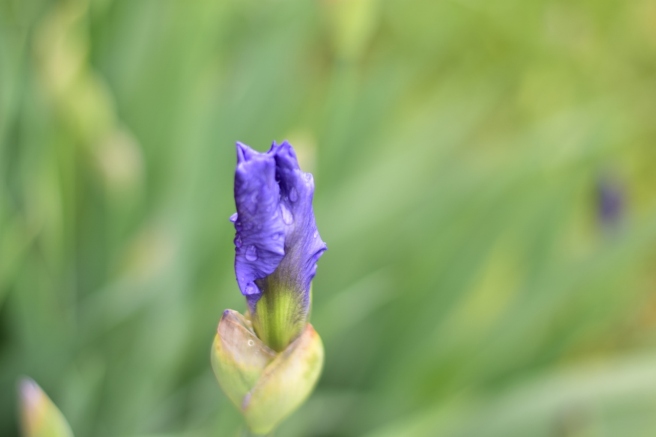 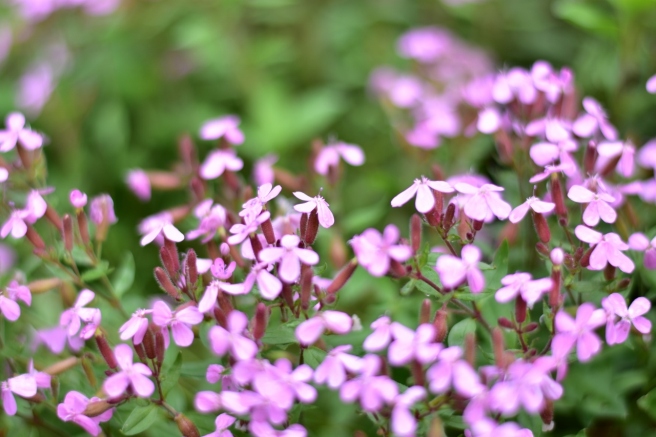 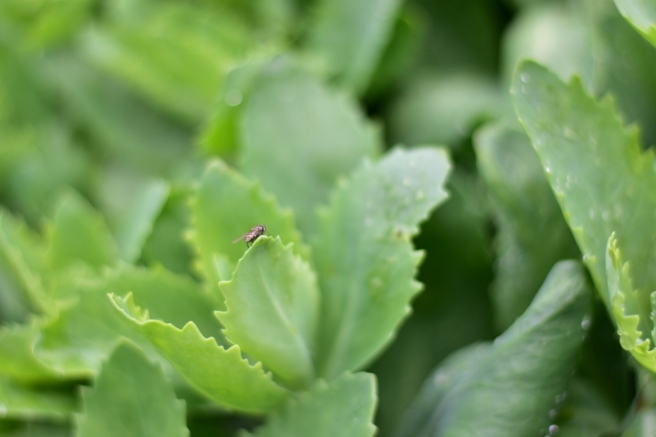 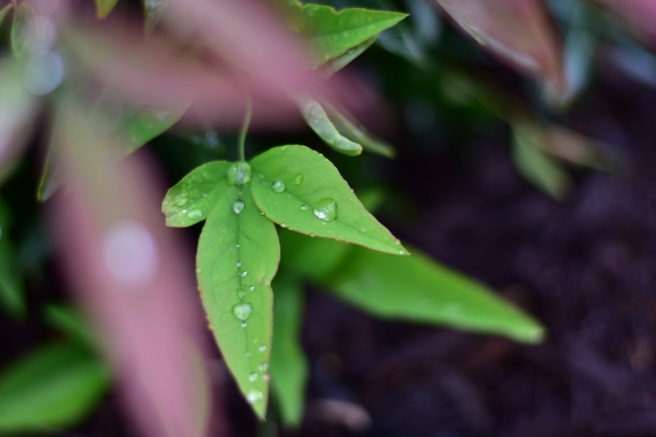 Lily of the Valley flowers are such charming little things, but goodness gracious, their perfume is so strong it nearly knocks you over! (Ha ha, I guess it can be that way with humans too. XD ) 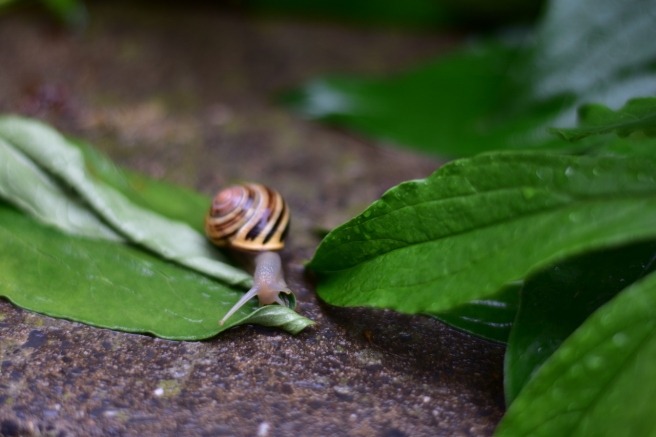 I really like the next picture for some reason. It’s so crisp in the foreground and beautifully blurred in the background. 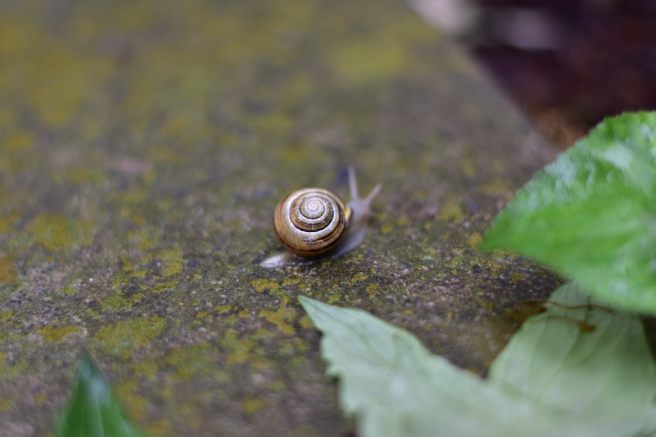 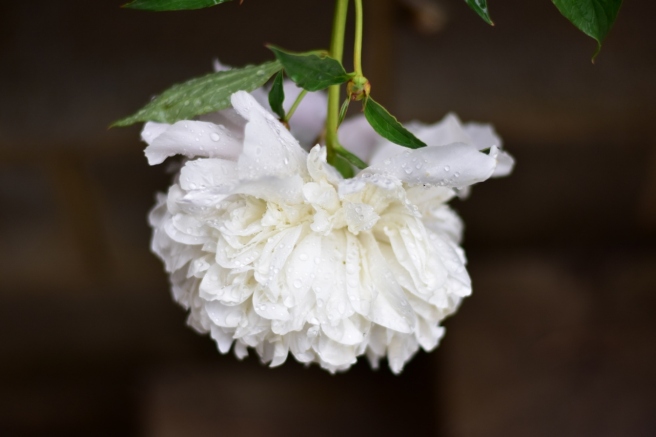 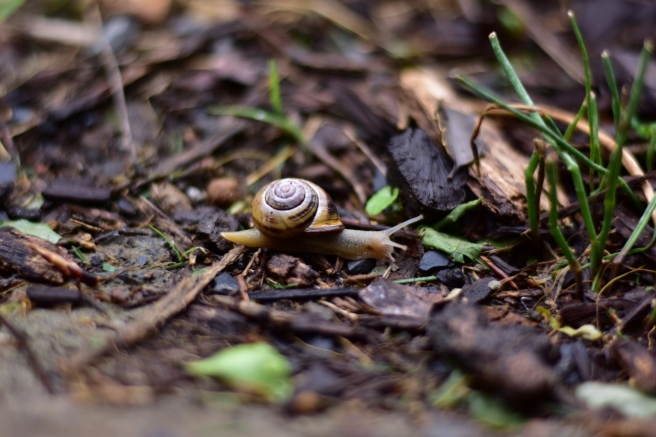 I love this next picture! The blur makes it look so much more professional! 😀

Taking pictures of clouds and landscapes isn’t really what this lens is made for (you can’t zoom out far enough), but I did get a decent picture of part of a cloud. 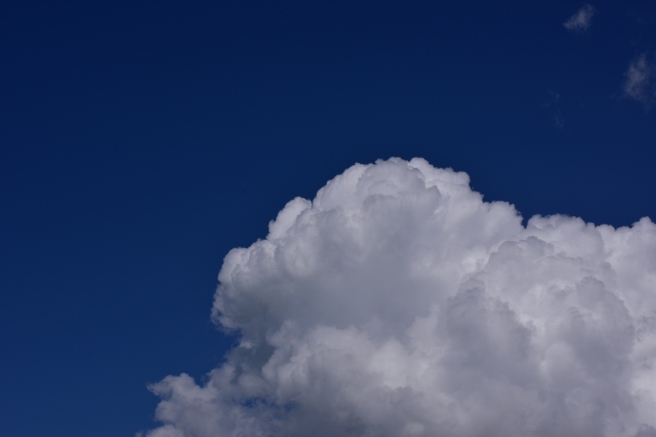 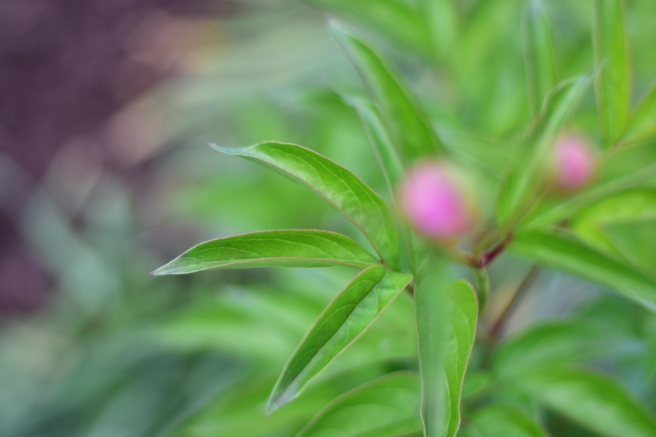 PHEW! Are you still here? If you are, congratulations on making it through all those pictures. XD I hope you liked them!

Do you think snails are cute? Do you love raindrops on things as much as I do?

Have a lovely day, dear readers!