Are you ready for some more Warm and Fuzzy? Cat lovers, read on. 😀

A mini photoshoot of Casey on our fuzzy cube: (from the room makeover)

(Click on any photo in the collage to enlarge.) 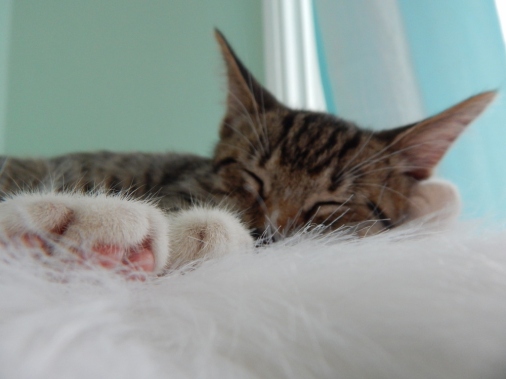 The Story of the Feather Boa:

We put a feather boa around Jinx, and Casey got SO scared of him! She must have thought he was an awfully strange, fluffy, pink-and-black creature. XD It was hilarious!

Casey tried to poke the strange creature to see if it was scary, and it was!

Here’s another GIF of Jinx with the feather boa. He was trying to clean himself but it didn’t work too well. For some reason I think this is hilarious! XD Poor guy. 😛

Jinx’s yellowish greenish eyes looked so pretty against the green leaves that I had to take pictures! XD

Remember the barn kittens from this post? Here they are again! My cousin adopted one of the gray and white kittens, and I think farm employees took the other ones. 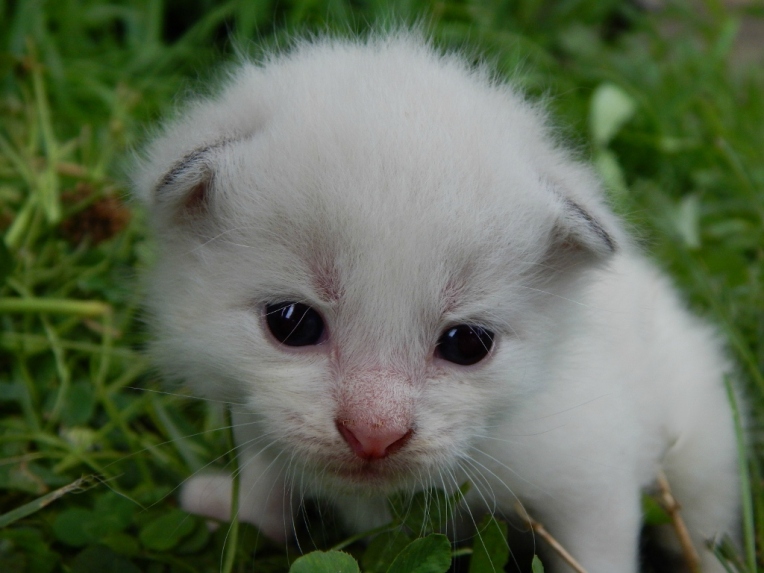 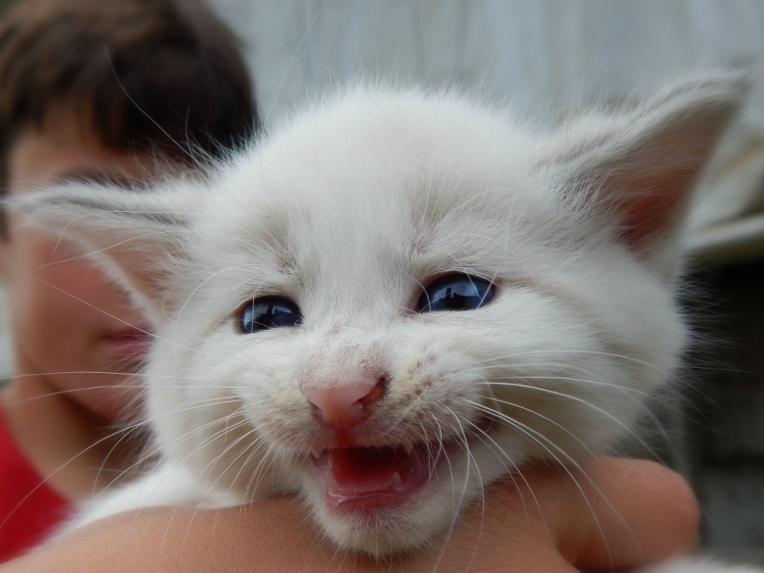 Violet’s eyes are really pretty! I edited them to make them stand out even more.

And that’s about it! Which picture was your favorite?

Do you like cats or dogs better? If you like dogs, you’ll love the next episode of Warm and Fuzzy! 😀 Hee hee, that sounded like a movie advertisement. XD

P. S. If you are a participant of WordCrafters 2, please read this! I will be on vacation the 20th-31st of July, so I won’t be adding parts to the WordCrafters 2 page. BUT! Please continue writing your chapters – just notify the next person on the list when you’re finished. I’ll update the story when I get back. Gracias!

Graphite hair studies. 😊 I still need a ton of practice with hair, but I'm pleased with how these turned out! All the layers and blending I used made for some soft and shiny-looking hair texture.
This is a good hare day. 😜 Here's a fun sketchy rabbit for you! Colored pencils are so much easier to control than paint; who knew? 😂
A page of feature studies. 🤣 It may make for a weird page in your sketchbook, but I find it really helpful to slow down and focus on sketching one part of a face at a time. Which set of features do you like best: the noses, mouths, or eyes?
Creating this piece for a lovely Etsy client made me so happy. ❤️ I haven't done a custom pet portrait in so long!