Hey guys! Back in this post when I first showed you the doll I made, I said I would do a photoshoot of her sometime. Well, here you are! And by the way, I named her Dorothy. 🙂 Like from Wizard of Oz, you know? 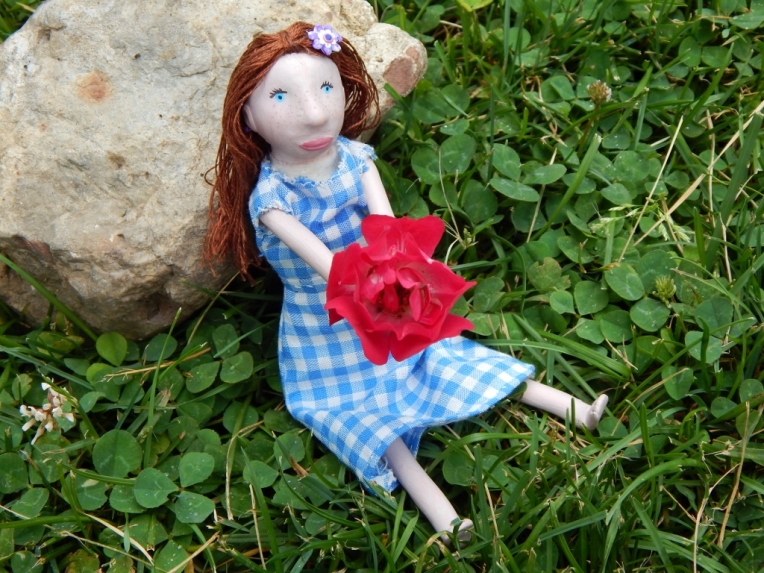 She’s quite the climber, Dorothy is, and before long she was climbing hither and yon up every flower stalk and tree in sight. 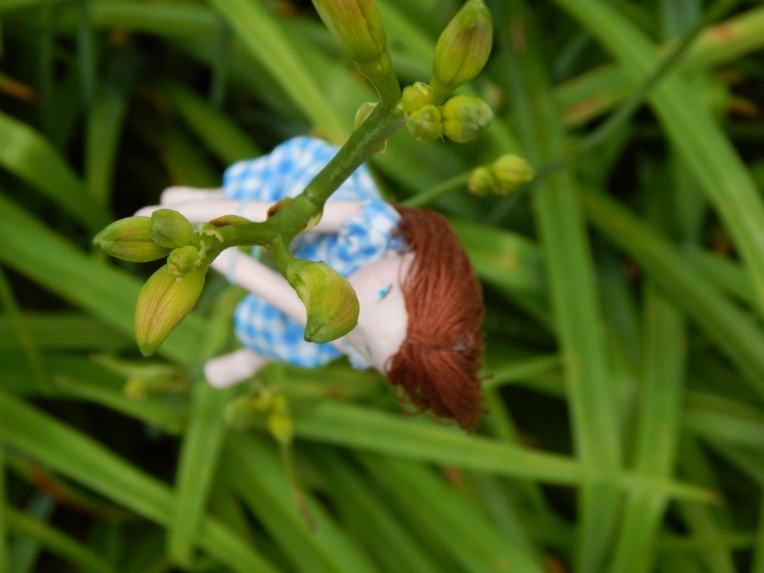 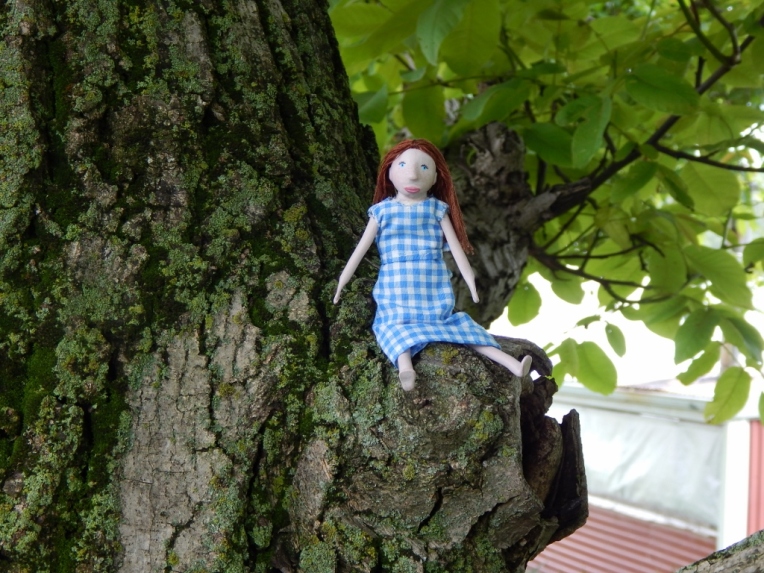 She even took a short zip down the zipline, a.k.a. clothesline.

I had to help her onto the swing, though. She’s not as good at jumping as she is at climbing.

After all the physical exertion, Dorothy needed a rest – for about 17 seconds.

Then she was up and going again. She collected several random objects, and claimed she was going to put on a hat fashion show. *Shrugs* What could I do?

Dorothy wants to know which hat won the contest. Her personal favorite was the maple key because it gave her bunny ears. She loves bunny ears – and bunnies too.

So that was her day of exploring. I’m worn out, but she isn’t. 😀 Dolls… they never get tired, do they?

What was your favorite part of her exploration? Hmm… do you think I should make a Toto dog for her? That might be fun!

P. S. You’ve got to check out Aria’s amazing addition to WordCrafters 2! You’re going to have a lot of fun with this story, guys. 🙂 Oh, and Zielle, it’s your turn to write a chapter next!

A cozy fall letter to my pen pal @charis_rae. 🍁 I used a couple of my original watercolor illustrations made for my sister @peachpoppy_co plus various vintage ephemera and patterned papers. Collage is such a fun way to decorate happy mail!
Colored pencil sunset. ✨ I always gravitate towards painting sunsets rather than drawing them, but I quite like how this turned out! It was nice to have a precise point for the angles of the city skyline.
A fun little watercolor illustration for one of the special projects I've been busy with lately! I can't wait to show you guys what it's for. ✨
I feel like word art is kinda like algebra: "Wait, letters?" 😂 But somehow it works. This "A" took forever but was so satisfying and fun to draw! I love me some white gel pen details.