I hope you all had a good Thanksgiving. I did! At one of our Thanksgiving celebrations we had a lot of fun watching home videos from years ago. We were hilarious back then, and so cute!

Anyway… moving on. For my brother Jeff’s birthday party awhile ago I figured out how to blow up two balloons, one inside the other! Like this: (although it’s a little hard to see in the picture). 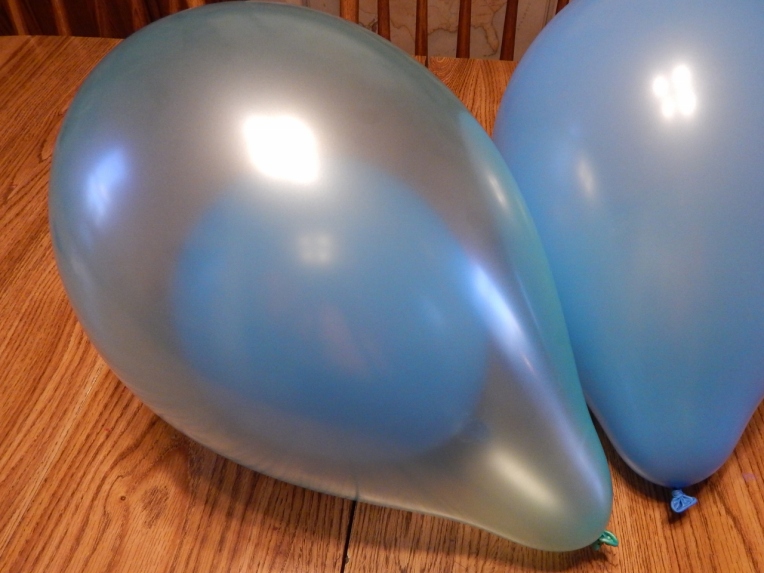 It is kind of hard to explain how I did it, but I will try my best because it looks really neat when you’re finished! It would look especially good if you used really clear balloons instead of colored ones for the outside balloon because then you could see the balloon inside of it better. I sort of learned that the hard way. I tried it once with blue inside and green outside, and another time the opposite way. When I used the blue balloon as the outside balloon, it was so colored you could hardly see the green balloon inside it. So, lesson learned: use the lightest or most transparent balloons for the outside balloons.

Now I’ll stop jabbering and actually tell you how to do this.

I hope you can figure out the instructions because they look amazing when they’re finished!

12 thoughts on “How to Blow Double Balloons”