Yep, we already have a lot of pets (5 rabbits, 1 cat, 1 dog, 2 kittens) but we just added more!  We now have 5 crayfish, and um… a LOT of underwater snails!  The crayfish (also called crawdads, crawfish, or mudbugs) are fascinating to watch.  We have the four biggest ones in a large tank, and the smallest one (which is mine by the way!) is in a fishbowl so he/she won’t get eaten. 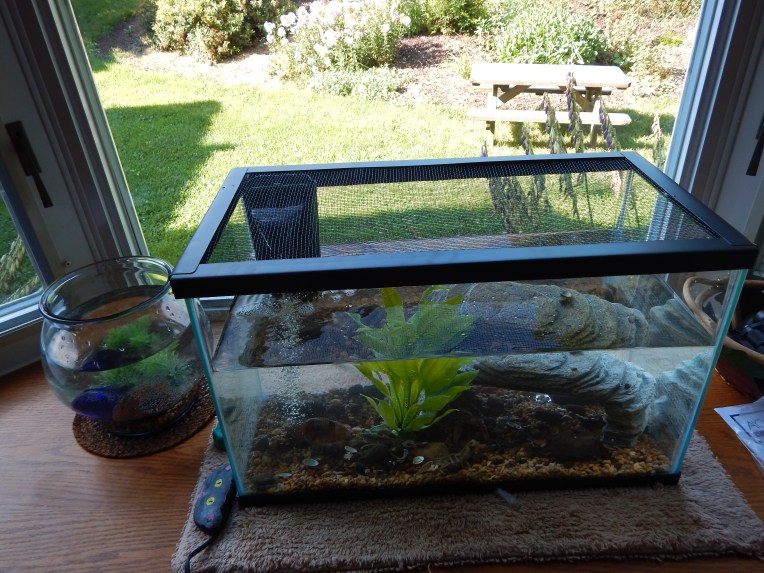 I named mine Mudbug, and the other four are Duncan, Mike, Bart, and Jamie.  Sometimes the big ones fight each other, and they make their own little nooks and crannies to hide in in the tank.  But I think the most fun thing to watch is when they eat.  Believe it or not, they love frozen peas!  When we give them to the crayfish, they grab the peas and start tearing off little bites.  I took a video of one of the crayfish eating, and one of a cute little underwater snail trying to lick the glass of the tank – two more videos for my YouTube channel!

And here are some pictures.  (The last crayfish picture shows the swimmerets – the little feathery things under its tail.  The swimmerets help the crayfish swim, they fan water over its gills, and for the females, they hold the eggs!) 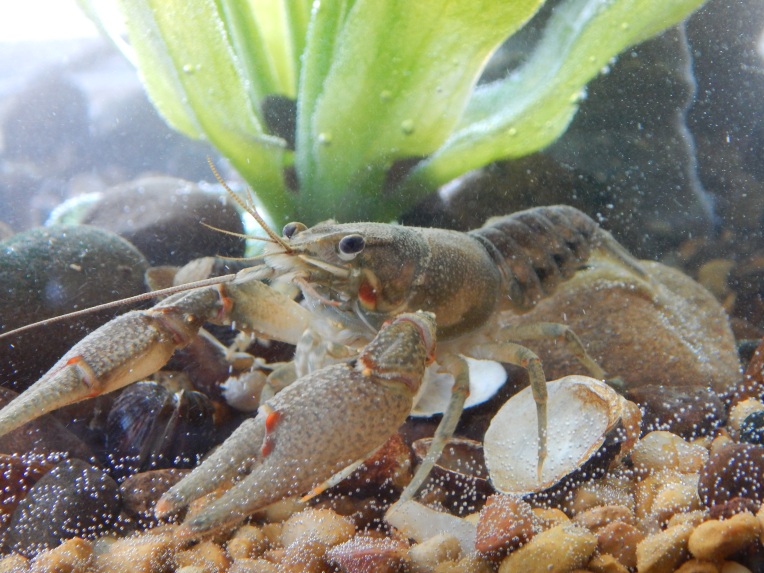 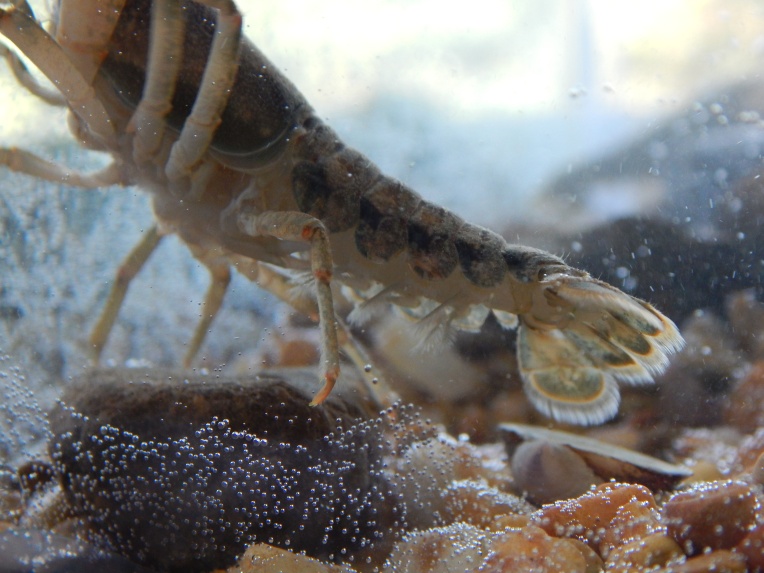 And here is a snail.

P.S  We also have 5 black swallowtail caterpillars!  (But no pictures.)

I got to paint the cutest puppy for the pet portrait giveaway winner. 😍 Hours of staring at pictures of this ball of fluff? Fine by me! Check my stories for a "tap to paint" version of this painting.
🎉 GIVEAWAY🎉 I'm so excited to kick off the release of my third poetry book, "Seeing Beyond," with a fun giveaway! Slide to see the prizes and more details about the book. To enter the giveaway, click my blog post link in my profile and fill out the entry form. Check out my stories for more sneak peeks and to see all the illustrations and art I put inside this collection!
Forever drawing flowers, eyes, and night skies. What color are your eyes?
Tiny paintings 2.0! Which one is your favorite? I had a lot of fun making this custom order of mini oval paintings. They turned out so cute! You can find square-format mini masterpieces for sale in my shop with the link in my profile.